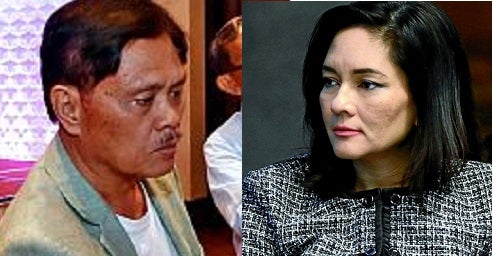 Senator Risa Hontiveros (right) on Thursday, March 16, 2017, blasted the statement of Tesda chief Guiling Mamondiong (left) that limited the role of women to being partners to their husbands. ‘We are not your servants,” the lawmaker said. CEBU DAILY NEWS / INQUIRER FILES

Akbayan Senator Risa Hontiveros on Thursday slammed the head of the Technical Education and Skills Development Authority (Tesda) for saying that women “don’t have time anymore for their spouses because they are powerful.”

“We are not your servants,” Hontiveros, chair of the Senate committee on women, said in a statement.

“On behalf of Filipino women, especially those who work abroad, I’d like to remind the Director-General that our empowerment does not come at men’s expense,” she said, referring to Tesda Director-General Guiling Mamondiong.

Mamondiong was earlier quoted in the media as saying that if he had his way, he would not send women abroad to work because he believed it was “another form of slavery.”

“When the women are empowered they become more powerful not just in the workplace but [also] at home. Halos wala na silang oras sa kanilang mga asawa dahil sila nga ay powerful. (They don’t have time anymore for their spouses because they are powerful),” the Tesda chief added.

But Hontiveros said Mamondiong might have an outdated view of women and gender-relations.

“I respectfully ask the Director-General to clarify his remark and his views on women. It is not within men’s rights to dictate what role women should play whether it is at home or work,” she said.

The senator also pointed out the irony of Mamondiong’s remark while the country is celebrating the Women’s Month.

Mamondiong has clarified that it was only his view.

“It seems that we still have a long way to go, not only in educating our people but also our public officials on gender sensitivity and equality,” Hontoveros said.

“The TESDA chief’s sexist outlook reinforces societal structures that deny women our rights and the implementation of policies that are oppressive to us,” she added. MA/CBB/rga