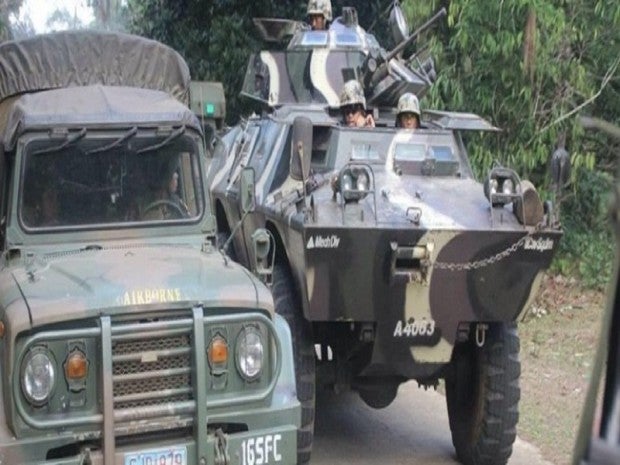 ZAMBOANGA CITY – The military here said it was sorry for the deaths of two children during an operation against the Abu Sayyaf in Tabuan Lasa town in Basilan on March 8.

“I feel very bad until now. I am really very sorry over the two. They were caught in the crossfire,” Maj. Gen. Carlito Galvez Jr., commander of Western Mindanao Command, told the Philippine Daily Inquirer.

The main target in the raid was Mubin Kulin alias Mulawin, a cousin of Abu Sayyaf leader Isnilon Hapilon and who was also responsible for several kidnapping.

Galvez said the information they got revealed that almost 100 Sulu-based Abu Sayyaf members were on Tapiantana Island in Tabuan Lasa.

As the government troops were to serve the warrant against Kulin, more than 30 bandits greeted them with bullets, Galvez said.

“That firefight allowed the escape of Kulin and his men,” he said.

It was only then that the troops learned about the deaths of two children.

“We did not expect children in that place,” Galvez said, adding that they would help the families of civilians caught in the crossfire.

Dr. Arlyn Jumao-as, executive director of the Save the Children from Armed Conflict in Basilan, identified the children as Nurmida Alha Abbi, 7 and Ashab Tawallah Abuhaip, 12.

Human rights group Suara Bangsamoro condemned the military operations, saying it considered the killing of Hassan as “a case of extra-judicial killing.”

“According to his wife, he was still alive when the raiding team took him aboard the Naval gun boat,” Suara Bangsamoro chair Amirah Lidasan said in a statement.

Lidasan said Hassan suffered two bullet wounds in the chest, a deep wound in his shoulder, and bruises on his face.

“During the raid, the military sprayed bullets on at least three adjoining houses, hitting residents who were sleeping, some saying the Fajr (morning) prayer,” Lidasan said.

Lidasan identified one of the slain children as Nurmaida Agpih, a one-year old baby who was hit in the head.

She also said another child, 11-year old Ashab Abuhayr, was wounded and has been brought to a hospital.

Hassan’s wife, Hadji Nur, also complained of the destruction and seizure of their properties.

Galvez said Hassan was the main suspect in the kidnapping of six Vietnamese on Sibago Island and reportedly kept the captives in Tapiantana before bringing them to Sulu.

Hassan was also identified as among those who led the burning of over 100 houses in Tapiantana five years ago. The arson led to a clan war between Hassan and the incumbent mayor Muctar Junaid. The conflict ended in a settlement led by Autonomous Region in Muslim Mindanao Governor Mujiv Hataman.  SFM