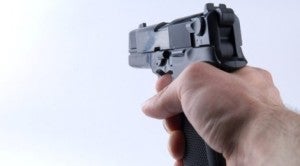 CITY OF ILAGAN, Isabela — A 45-year-old jeepney driver was shot dead by one of two motorcycle-riding men on Monday night in front of a shopping mall in Alibagu village here.

Joseph Corpuz, 45, was parking his vehicle at the commuter staging area of Northstar Mall for the last trip of the day when he was repeatedly shot at close range in the head at about 7:30 p.m., said Supt. Manuel Bringas.

Mall security guard Mayo Rico Morillo said he saw one of the gunmen shoot Corpuz three times in the head but did not see their faces since they were wearing helmets.

Supt. Ariel Quilang, Ilagan police chief, said the police would check if Corpuz was on any drug list. CBB

Read Next
Sue Montano, Duterte dares employees
EDITORS' PICK
SMDC’s Bloom Residences: A master planned community that cares for your health and wellness
COVID-19 cases in PH pass 3.2 million mark with 37,154 new cases — DOH
Over 3 Million worth of prizes to be won at Smart Padala’s SENDali Manalo Promo!
Upsilon, Unilever give ‘real talk’ on climate change crisis
What to expect as Metro Manila starts ‘no vaccination, no ride’ policy on Monday
Metro Manila’s daily COVID-19 growth rate drops to 2% — Octa Research
MOST READ
IATF protocols now apply to travelers who arrived on or before Jan. 13
‘Not my loss’: Did Kris Aquino just comment on her breakup with Mel Sarmiento?
Thailand records first Omicron death
Tito, Vic and Joey still not quitting, breaking trends as they celebrate 50th year in the biz
Don't miss out on the latest news and information.