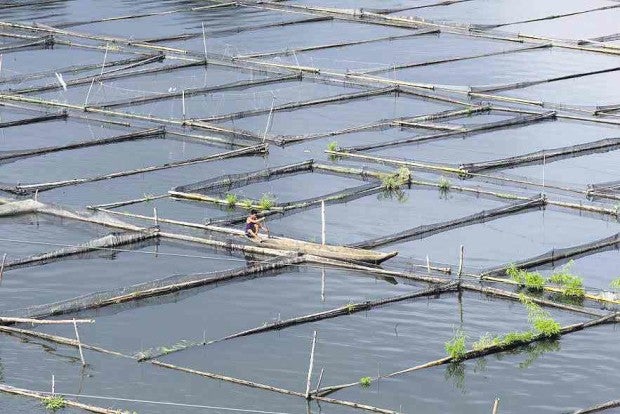 KORONADAL CITY—Officials of Lake Sebu town in South Cotabato province have imposed a three-year ban on tilapia cultivation in Lake Sebu after another fish kill last week laid to waste some 7,000 kilograms of potential tilapia harvest.

Lake Sebu Mayor Antonio Fungan said the moratorium would give the 350-hectare lake a respite from pollution brought by massive fish production in recent years.

The growing of tilapia in the lake entailed the use of fish feed that settle at the bottom of the lake and decay, causing pollution.

On Thursday, at least 7,000 kg of tilapia went belly-up in the lake due to lack of oxygen. The recent fish kill was the second in barely a month.

He said fish cage operators were still assessing the losses in the second fish kill, which was triggered by a decline in oxygen level in the lake.

Fungan blamed the latest incident to overpopulation of fish and excessive use of the lake by fish cultivators.

Fungan said a moratorium on fish cultivation would allow the lake to heal.

He said, however, that the ban meant that the town’s multimillion-peso tilapia industry would grind to a halt, which could hurt tilapia supply.

Lake Sebu is the biggest supplier of tilapia in Central Mindanao. Harvests from the lake are also shipped to other markets, including Metro Manila.

Town officials have declared a state of calamity to allow the release of funds to assist fish growers.

In 2013, South Cotabato Gov. Daisy Fuentes warned that fish kills would continue unless the town carried out a massive rehabilitation program of the lake.

But Fuentes said total rehabilitation would require residents to relocate to give way to planting of trees and bamboo on the lake shore. It would also compel cultivators to reduce the sizes of their fish cages. —EDWIN FERNANDEZ