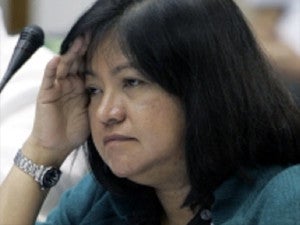 MANILA — Three Philippine Charity Sweepstakes Office executives who served during the Arroyo administration have been charged at the Sandiganbayan for getting a free trip to Australia from the contractor of a now-scuttled lottery paper supply deal.

Former general manager and vice-chairman Rosario Uriarte and former board members Jose Taruc V and Fatima Valdez face charges for one count each of violating Section 3(b) of the Anti-Graft and Corrupt Practices Act and Section 7(d) of the Code of Conduct and Ethical Standards for Public Officials and Employees.

In February 2010, the three officials allegedly “received a gift in the form of an all-expense paid trip to Australia” from Australian paper manufacturer TMA Group of Companies.

The gift was “in consideration of their intervention as officers of PCSO in the approval of a Joint Venture Agreement” between PCSO and TMA for the establishment of a thermal coating and printing plant in the Philippines, the charge sheets stated.

The bail recommendation was set at P60,000 for each accused facing the two cases.

Section 3(b) of the graft law prohibits officials from receiving gifts in connection with any government transaction, while Section 7(d) of the Code of Conduct also bans solicitation or acceptance of gifts.

The 25-year joint venture agreement struck on December 2009 was suspended by the PCSO upon the start of the Aquino administration, and later cancelled for allegedly being disadvantageous to the government.

Uriarte, Taruc and Valdez were the co-accused officials in the plunder case against former President and now-Pampanga 2nd Dist. Rep. Gloria Macapagal-Arroyo for the alleged misuse of P366 million in PCSO confidential intelligence funds.

The Sandiganbayan in April 2015 granted Taruc’s demurrer and effectively dismissed his case for lack of evidence. But it denied the one filed by Arroyo, prompting her to file a petition with the Supreme Court, which overturned the ruling and set her free in July 2016.

Valdez and Uriarte only returned to the country after four years abroad in October and November, in the aftermath of Arroyo’s legal victory. The two respectively suffer from heart ailments and tumors as they still face plunder trial over the intelligence funds case.  SFM