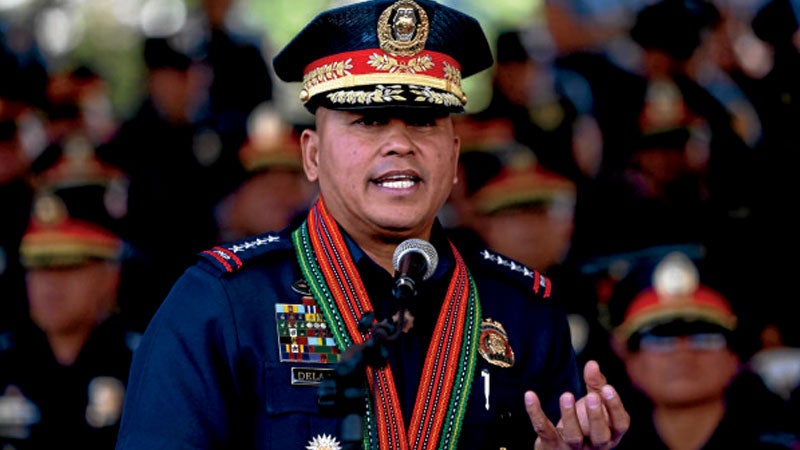 At least eight crime suspects were killed in separate gun battles and 21 were arrested in Bulacan province on Tuesday, a day after the Philippine National Police was allowed to rejoin President Duterte’s deadly antidrug crackdown while also launching a drive against illegal guns.

Senior Supt. Romeo M. Caramat Jr., PNP provincial chief, said the suspects were either killed or arrested in 19 raids, some of which turned violent when policemen were fired upon. He said most of those slain had links to illegal drugs.

Authorities at Camp Olivas, the PNP headquarters in Central Luzon, identified three men killed in a reported shootout with policemen and agents of the Philippine Drug Enforcement Agency (PDEA) in Bulacan as Elmer Pagsanjan, Francis Bondoc and Errol dela Cruz.

The three fought the lawmen during a buy-bust operation at Barangay Mabolo in the City of Malolos, according to a police report.

They were among the suspected drug peddlers and users on the lists of antidrug abuse councils in Barangays San Juan and Caingin in Malolos. Recovered from them were eight sachets of “shabu” (methamphetamine hydrochloride) and two revolvers, the report said.

Also on Monday at Sta. Rita town in Pampanga, police nabbed Renato Reforma and his wife, Lourdes, who were found carrying six sachets of shabu.

More than 8,000 people have been killed in the President’s war on drugs, including 2,500 in police operations, prompting denunciations by human rights activists and Western governments of the administration.

Mr. Duterte stopped “Oplan Tokhang” in January after policemen allegedly abducted Korean businessman Jee Ick-joo on Oct. 18 last year as part of an extortion racket and killed him inside the PNP national headquarters at Camp Crame in Quezon City.

In the new campaign, barangay officials are required to accompany policemen when they knock on the doors of suspected drug peddlers and users to convince them to undergo rehabilitation.

The PNP said 60,734 drug users and 3,485 pushers in the provinces of Aurora, Bataan, Bulacan, Nueva Ecija, Pampanga, Tarlac and Zambales had surrendered from July to October 2016.

The 2,339 antidrug operations in Central Luzon had resulted in the arrest of 2,390 pushers and 1,077 users, the police said.

As many as 283 people were killed while police confiscated 9,366 sachets of shabu and 34,216 sachets of dried marijuana leaves. The police also seized 294 guns and 2,174 bullets.

At least 100 policemen in Central Luzon were reassigned to Mindanao after they were found to be involved in illegal drugs.

On Tuesday, Interior Secretary Ismael Sueno ordered the PNP to be more cautious.

“This time, let us be more stringent in our anti-illegal drug regulations and operations. They should make sure that there’s no more hanky-panky,” Sueno said in a statement.

“Project Tokhang had its highs and lows. Let us make sure that ‘Oplan Tokhang Revisited’ will not repeat the same mistakes as its predecessor program and help redeem the tarnished image of the PNP,” he said.

Under the new Oplan Tokhang, only the chief of the police station, together with the barangay captain or official and a representative of the local parish, would visit suspected drug personalities at their houses and try to convince them to surrender or undergo drug rehabilitation.

The group will have counterparts in the regional, provincial and municipal levels. —REPORTS FROM AP, TONETTE OREJAS AND PHILIP C. TUBEZA