Arrest warrants out for Matobato, ‘mastermind’ for slay try on DAR exec 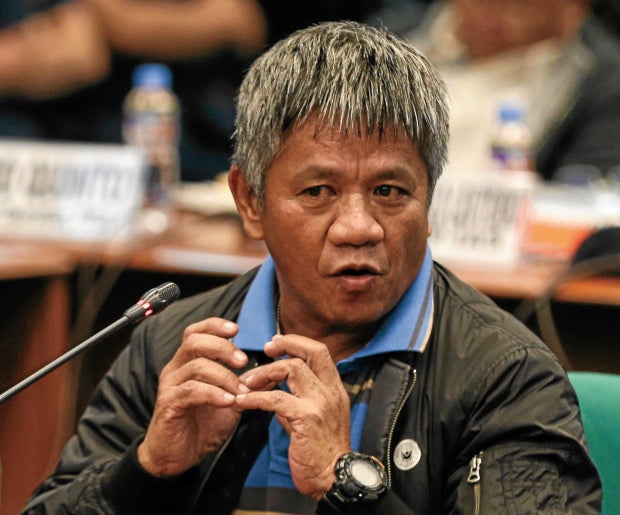 Also ordered arrested was former agrarian reform lawyer Norberto Sinsona, whom lawyer Abero Salcedo Jr. has tagged as the mastermind in the failed murder attempt on him.

In the arrest order issued on March 2, Judge Carmelita Davin, fixed the bail at P200,000 each for Matobato and Sinsona. The Philippine Daily Inquirer secured a copy of the warrant on Tuesday.

Salcedo had claimed that the attempt on his life stemmed from land dispute cases previously handled by Sinsona, also a former DAR adjudicator. Sinsona also allegedly threatened him for acting in favor of the owner of a huge tract of land, which was being eyed by foreign investors.

Salcedo was emerging from the provincial office of the Department of Agrarian Reform here when attacked. He sustained three gunshot wounds in the belly and another on the knee. Two of the slugs remained in his belly up to this day.

When he filed the case on Sept. 23, 2016, Salcedo said he recognized his gunman as Matobato when he saw the latter on television during the Senate investigation on summary executions.

“I could not be mistaken,” he said in his affidavit, adding that only his car’s window glass separated him from the gunman.

Salcedo said he remembered Matobato well because “during the ambush, while he was shooting at me, he was very near me,”

“I could clearly see him, was able to picture in my mind the features of his face, his nose, mouth and the habitual expression of his mouth, and how he clipped his lips and hardened his lower jaw while shooting,” he said.

Dalumpines said there was probable cause to pursue the criminal case against Matobato and Sinsona as Salcedo made positive identifications, especially of the gunman.

In approving the filing of the cases against Matobato and Sinsona for the Salcedo murder attempt, Dalumpines noted that both suspects did not submit their counter-affidavits despite being given ample time to do so.

“As culled from the records, this office finds probable cause to indict the respondents for frustrated murder via conspiracy,” her resolution reads.

Matobato also has a standing warrant for a case of illegal possession of firearms at the Municipal Trial Court Branch 3 in Davao City.

A third warrant is also expected against him in connection with the kidnap-for-ransom complaint that Samal prosecutors office filed before a court in 2016.

Lawyer Arnold Rosales, the director of the National Bureau of Investigation (NBI) in Southern Mindanao, earlier told reporters that the charge, which was approved in December, was in connection with the 2002 disappearance of Turkish national Sali Makdum.

“Kidnap for ransom is an non-bailable offense,” he said.

Aside from Matobato, Rosales said a Siony Custodio was also charged in the disappearance of Makdum.

“We are hopeful that a warrant of arrest will come out anytime soon,” he said then.  SFM