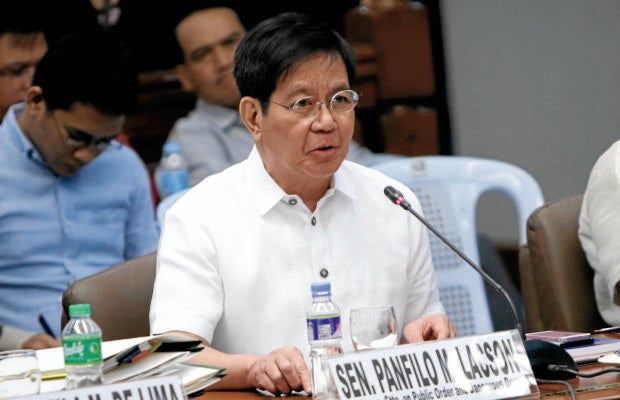 Even Senator Panfilo “Ping” Lacson, one of the authors of the death penalty bill, has expressed doubts the measure could pass the Senate.

“Sarili kong calculation malabo, sa Senado, malabo (In my own calculation, I don’t think it will pass in the Senate),” Lacson said in an interview over DZMM on Tuesday.

The senator noted that the measure is still at the committee level in the Senate unlike in the House of Representatives, which already approved it on second reading and is now gearing to pass it on third and final reading.

Aside from Lacson, three more senators have filed separate measures on the death penalty and they are Senate Majority Leader Vicente “Tito” Sotto III, Senators Manny Pacquiao, and Sherwin Gatchalian.

While he welcomed proposals to limit the coverage of the bill to high level drug offenses, Lacson asked about those victims of heinous crimes, citing in particular a nine-year-old victim of rape.

(How about the heinous crimes that are not related to drugs? What about the plunderer who steals millions and billions? They leave more dead in their tracks.)

(If we will pass the death penalty, why would we zero in on drugs, so we can satisfy the President whose main advocacy is to end the drug problem?) IDL/rga