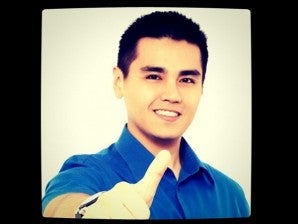 Spent shells, slugs and a scabbard were recovered from the room where Ramgen Bautista (Ram Revilla in show biz) was found dead in a pool of blood and his girlfriend wounded, a police investigator said on Radyo Inquirer 990AM Thursday.

Chief Inspector Enrique Sy, head of Task Force Ramgen, said the recovered evidence was turned over to forensics for examination.

But police failed to find the gun and bladed weapon used in the attack, or the mask purportedly worn by the lone assailant.

“The victim was lying in a pool of blood near the door,” Sy said, adding that the task force was still waiting for the autopsy report.

Quoting from the statement of Ramgen Bautista’s girlfriend, Janelle Manahan, Sy said the victim was taking a bath when his sister Ramona Bautista knocked on his bedroom door.

It was Manahan who opened the door, Sy said.

He said Ramgen Bautista had just come out of the bathroom with a towel when he was attacked by the masked man.