All of a sudden, Duterte’s mouthpiece turns media-shy 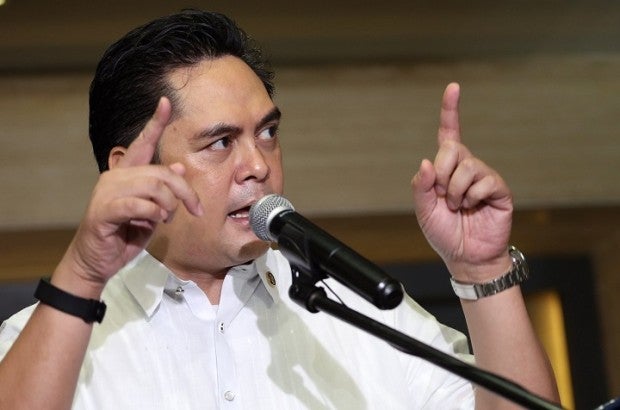 Presidential Communications Secretary Martin Andanar will be limiting his media engagements and will leave it up to presidential spokesperson Ernesto Abella to speak for Malacañang.

But Andanar denied that the internal reorganization in the Presidential Communications Operations Office (PCOO) was a result of his recent clashes with members of the media.

Andanar said he would concentrate on running the PCOO and its attached agencies “to ensure lasting reforms.”

Abella would have supervision and control over the content and messaging of the PCOO, and would authorize the final release and distribution of information.

The reorganization came not long after Andanar tussled with Senate reporters when he said that $1,000 had been offered to journalists to cover the press conference of a confessed hit man who said President Duterte had ordered him to kill people when he was Davao City mayor.

The Senate media issued a statement condemning Andanar for his “irresponsible” statement, which he said had been based on an intelligence report, and demanded an apology.

Andanar, in refusing to apologize, said he never claimed that any of the reporters got the money.

He also lashed out at Inquirer reporter Marlon Ramos when the latter pressed him on the source of his intelligence report.

Prior to this, he had a tiff with members of the Malacañang Press Corps when he accused the latter of being irresponsible by misreporting the President’s statements on martial law.