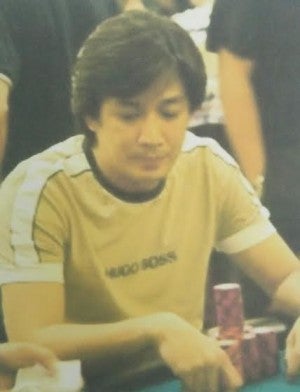 Fredison Atienza, the suspect behind a road rage shooting over the weekend, was spotted in Boracay Island, according to the Quezon City Police District (QCPD).

Described as a high-stakes poker player, he is the primary suspect behind the killing of information technology professional Anthony Mendoza, who he shot after a brief altercation on the road on Saturday afternoon.

Eleazar said a manhunt operation against Atienza, also known as “Sonson,” is ongoing, in coordination with the Malay Municipal Police Station and the Boracay Tourist Assistance Center.

Senior Insp. Jess Baylon, commander of the Boracay Tourist Assistance Center, confirmed that Atienza had been in Boracay on Sunday, a day after the murder, the QCPD director said.

Investigators found out that the suspect booked a 12:25 p.m. flight via Skyjet Airlines to Caticlan from Manila and arrived around 1:10 p.m.

ATienza checked in at a certain Shore Time Hotel and checked out on Tuesday midnight.

Atienza did not show up for his scheduled return flight to Manila on Wednesday, investigation revealed. He also ditched an emergency flight he booked via Philippine Airlines reportedly from Caticlan to Clark airport on Tuesday.

On Thursday, the Department of Justice issued an immigration lookout bulletin order on Atienza.

Eleazar said he remained positive that the police would be able to arrest the suspect.

He urged the public to call the Office of the District Director at 924-3111 or the Criminal Investigation and Detection Unit at 921-6146 for any information on the suspect’s whereabouts. They may also text the QCPD public information office at 0906-4179507.

Sources said Atienza might be linked to syndicate groups and high-profile gambling lords He is also known for his hotheadedness. /atm