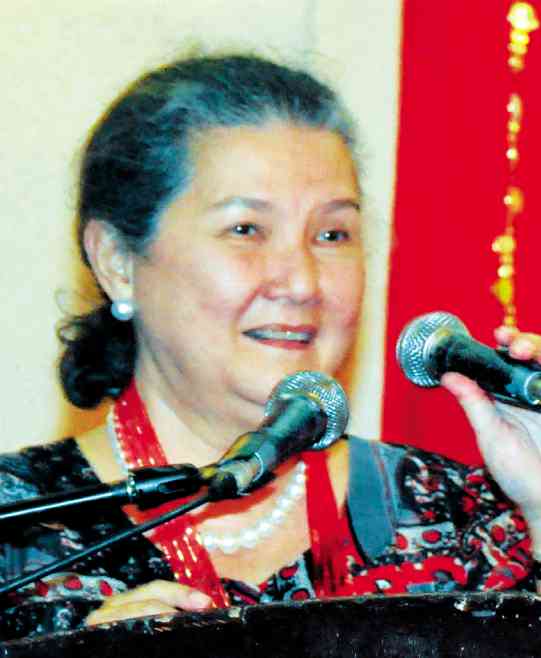 The Sandiganbayan has found probable cause to try former Iloilo Representative Judy Syjuco and transport officials for malversation through falsification and graft for the alleged ghost purchase of 1,582 units of Nokia 1100 cellphones.

“The Court finds substantial basis to support the finding of probable cause in these cases and the consequent issuance of warrants of arrest against the accused-movants and their co-accused and to hold them for trial,” the court said.

The Sandiganbayan said the records in the case showed that the accused are “probably guilty” of the crime.

But the Ombudsman found that there was no delivery of the said phone kits, the records showed.

“Based on the above-mentioned circumstances appearing in the record of these cases, the Court finds that the accused- movants are probably guilty of the crimes charged; hence, they must be arrested and brought to trial,” the court said.

The court ordered the issuance of an arrest warrant except for Syjuco, who had posted bail.

The resolution was penned by Presiding Justice Amparo Cabotaje Tang and had the concurrence of Associate Justices Sarah Jane Fernandez and Bernelito Fernandez.

Ombudsman Conchita Carpio-Morales in 2015 approved the filing of malversation and graft charges against the officials for the ghost deliveries of cellular phones worth P6.248 million in December 2004.

The Ombudsman said the respondents released the funds to Ng even though West Island is a mere distributor of Smart Value Credits and therefore not an authorized supplier of cellular phones.

The officials also resorted to direct contracting even when there was no necessity for it, the Ombudsman said, noting that the procurement law requires public bidding as the rule and alternative modes may only be resorted in exceptional cases.

Ombudsman Morales said that “the confluence of facts and evidence will show that respondents conspired with each other through seemingly separate but collaborative acts to defraud the government of P6,248,900.”

The criminal charges against former transportation secretary Mendoza were dismissed by the Ombudsman due to his death. IDL/rga