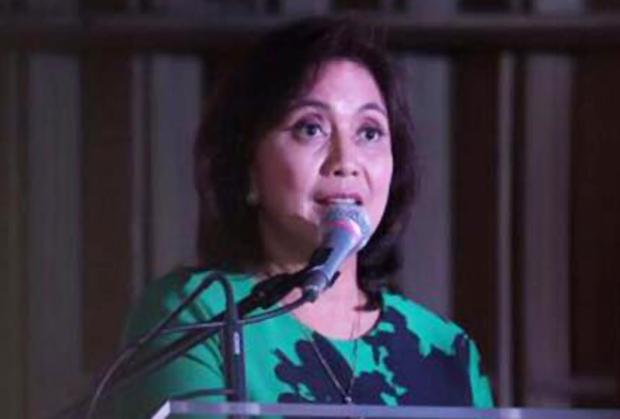 MANILA — Vice President Leni Robredo said on Wednesday that “political noise and neglect” have distracted government and the public from the country’s “war on poverty.”

The vice president considers poverty a more pressing problem that has “receded from view” because of the Duterte administration’s focus on the war on drugs.

In a speech at the 2017 Global Peace Convention, Robredo reiterated her call on President Duterte to address poverty as the country’s “real problem” with the protection of life as the “real solution.”

Robredo expressed concern over the “stunning speed and regularity” with which summary executions have taken place since July last year.

To date, there are more than 7,000 drug suspects killed in the government’s effort to curb criminality.

“Can we then say that this is truly a war on drugs? Because if we sincerely want to combat drug-related crimes, we believe that we have to strike at their very root,” Robredo said.

“The drug problem is not just a public health issue; it is also symptomatic of society’s failures, in the form of social inequality, poor governance, and corruption. To fight drugs, we need to fight poverty and the injustice it causes,” Robredo said.

Taking note that the country’s poorest regions were also war-torn areas, Robredo emphasized that “poverty and violence feed each other driving the poorest into further crime, inciting more instability as communities are wiped out. To eliminate poverty, we must dismantle the instruments of violence that cripple our society. To start lasting peace, we must end poverty.”

In another speech on Wednesday, Robredo said that while everyone has been focused on the political discourse, the number of unemployed Filipinos has risen, citing the latest SWS survey that 11.2 million have been jobless as of the fourth quarter of 2016.

“[This] means that our unemployment rate has grown by an astounding 6.7% from the September 2016 numbers,” Robredo said.

“Public discourse has been marked with confusion and cynicism. With so many issues that confront us today, it is so easy to be distracted with all the political noise and neglect the fact that there is a bigger war at stake and that is the war on poverty,” she said.  SFM