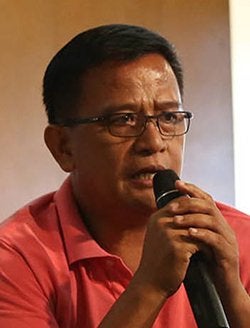 Faeldon did not name an individual behind the plots but was obviously referring to his fellow Oakwood mutineer and now Senator Antonio Trillanes IV as among those trying to put down Duterte’s presidency when he said “defeated vice presidential candidate” who only got “800,000 votes.”

Trillanes was at the bottom of the five-way 2016 vice presidential race with only 844,157 votes.

Faeldon said the noises being generated by these individuals were not fueled by the fight for the Filipino people as they have claimed.

“It’s really about political ambitions. They are not thinking about the welfare of this country,” he said.

“Let me put it this way, there are people who have high ambitions, they are too ambitious and they have been clouded by their ambitions, political ambitions….(that) they (have) failed to see the sincerity of the President in resolving the issues that ill the society or the country,” Faeldon added.

But he said that those wanting to topple Duterte would not succeed “because he has the support of everybody.”

“Our President today is still the best chance we have to depart from our old country that had lost all hopes,” he said.  SFM