Laviña quits NIA post but denies getting cash from contractors 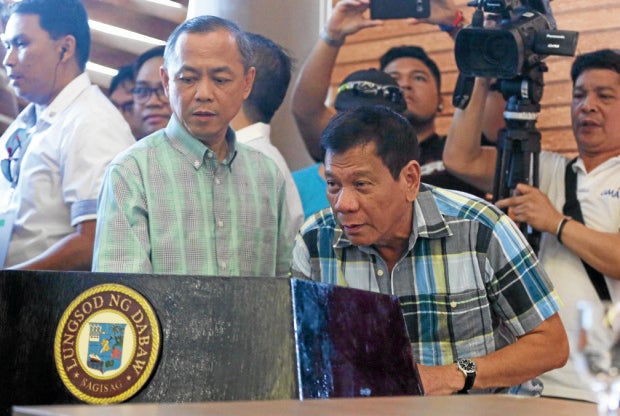 DAVAO CITY — National Irrigation Administrator Peter Laviña has announced he is quitting as “your waterboy,” and added he is “quietly leaving the government” to spare President Duterte from embarrassment.

But Laviña wrote in his Facebook page that he had not done anything wrong, contrary to allegations that he sought money from government contractors.  He emphasized that he never betrayed Duterte’s trust.

“Paalam! I have been vilified in the past; my name used, abused and maligned. Recently, there had been efforts to discredit me again. There are rumors circulating that I have asked money from NIA contractors. These are not true!” he said.

Laviña said he did not have “personal vested interest in NIA nor ill intent towards NIA and the whole government, which we are trying to reform.”

He said he would continue to support Duterte’s campaign for change even outside the government.

“I have proven in the past that one need not be in government to do public service or work for the common good. I will likely continue to do so in media, civil society and the business sector where I have been involved before,” he said.  SFM