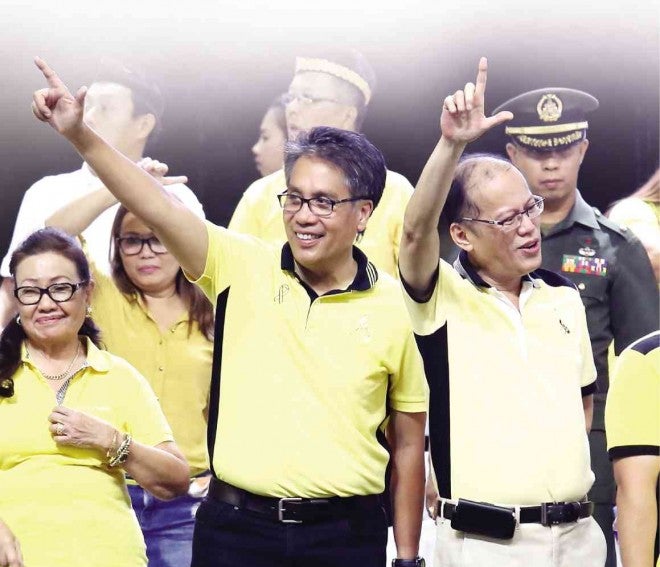 Badly fragmented after the May national elections last year, the Liberal Party (LP) is “consolidating” anew in response to recent political developments, some of which its members think are reason enough to abandon Congress’ so-called supermajority.

“Definitely we are consolidating from the last elections. With the political situation, with the events happening… definitely lead us to strengthening our ranks,” LP secretary general, Quezon City Rep. Christopher “Kit” Belmonte, said at a press conference following a party caucus on Tuesday.

But the Liberals at the House of Representatives have deferred leaving the supermajority with the plenary voting on the death penalty bill expected to take place on Wednesday.

From being the powerful ruling party during Aquino’s term, the Liberals were decimated soon after President Duterte took over.

At the House of Representatives, only four LP members remained with the independent majority bloc.

But with the detention of Sen. Leila de Lima, a harsh critic of President Duterte, the revelation of Davao Death Squad whistleblower Arturo Lascañas, and the sudden ouster of the LP senators from their committee chairmanships, among others, the LP finds itself having to make some firm decisions.

Party leaders, including Aquino and Robredo, have been repeatedly asked whether or not the Liberal Party is poised to become the opposition party given the current political climate.

Pangilinan said there was nothing wrong with being the opposition.

“If you are against some of the policies [of the administration] does that mean you already want to bring down the government? No,” Pangilinan said.

Pangilinan emphasized that rumors that the LP was behind a plot to destabilize the Duterte presidency were foolish.

“There is no perfect government… It is our role as elected officials to point out if there are shortcomings [in the administration]. We are in a democracy,” Pangilinan said.

He added that the Liberal Party would disagree with some programs as much as support those that its members deem as beneficial to the people.

“It does not mean that because we criticize, we no longer have the right to speak, and they file charges and detain [us],” Pangilinan said, referring to de Lima.