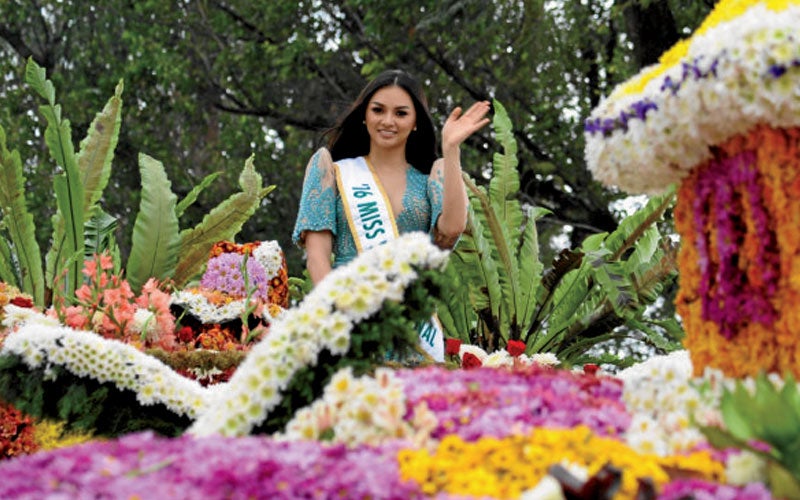 BAGUIO CITY—It was a wild party at the grand float parade during the 22nd staging of Panagbenga (Baguio Flower Festival) on Sunday, thanks to two TV networks which pulled all the stops to entertain fans.

Before their float motored down Session Road, stars Bea Alonzo and Enchong Dee sang OPM songs on a karaoke machine set up by the crew of ABS-CBN.

Alden Richards and Maine Mendoza, more popularly known as the couple “Aldub” over the GMA network, were less flashy. But people screamed out their names when their float rolled down the main Baguio streets.

Twenty-two floats decked with flowers paraded on downtown Baguio this year. Some of these floats were completed hours before the parade.

Alonzo and Dee, who were in town to promote their new drama series, serenaded the crowd from their float. Their music was loud enough to drown out the accompanying drum and bugle corps before them.

Policemen had a hard time restraining people who tried to break through the lines to see Richards up close. The actor had accommodated some requests for selfies. 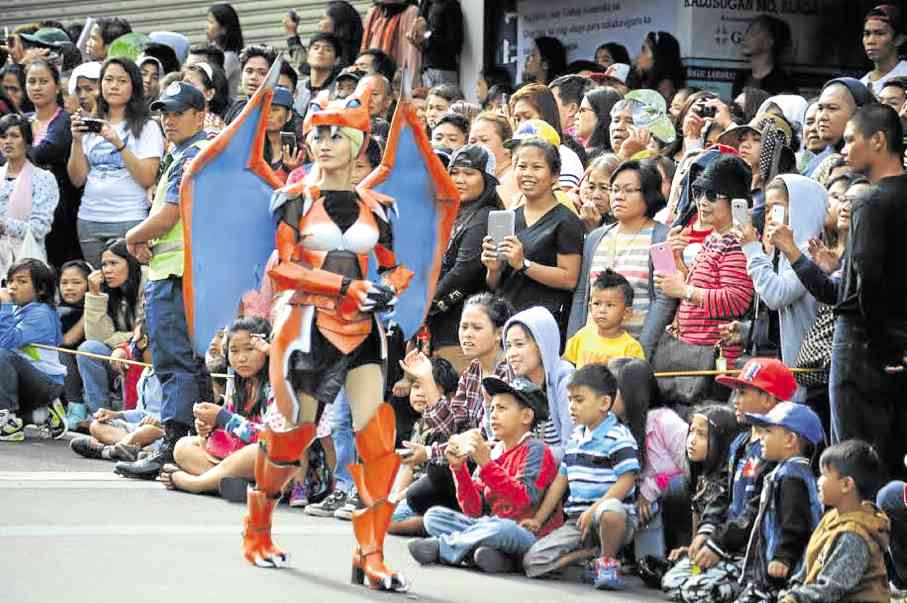 The 22nd staging of Panagbenga (Baguio Flower Festival) has become a popular venue for cosplay. Young men and women strolled through the streets portraying their popular animé or American superhero characters. Many costume players manufacture their own costumes. —EV ESPIRITU