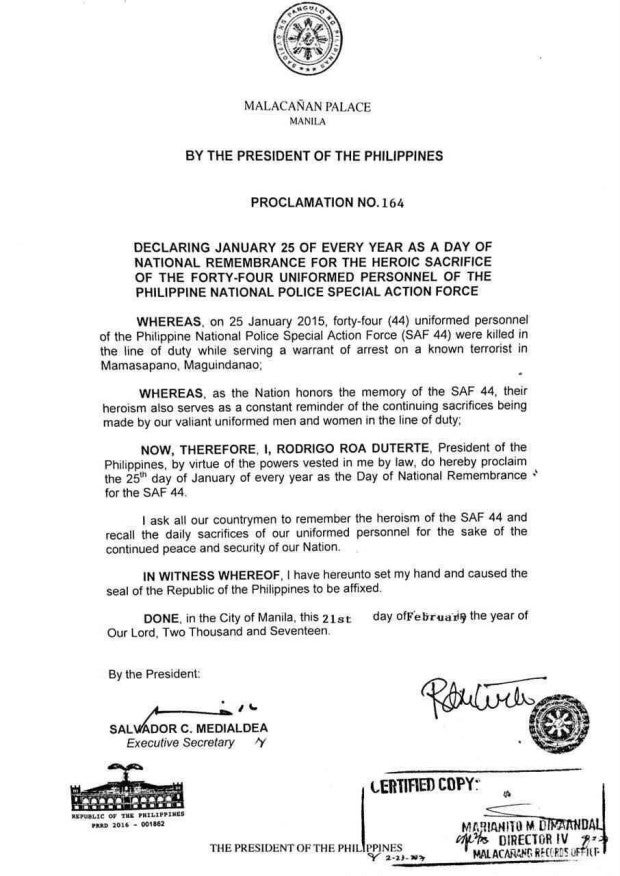 President Rodrigo Duterte has declared January 25 of every year as Day of National Remembrance for the 44 Special Action Force (SAF) troopers killed during the botched Mamasapano operation two years ago.

In Proclamation No. 164 released by Malacañang on Sunday, Duterte said: “As the nation honors the memory of the SAF 44, their heroism also serves as a constant reminder of continuing sacrifices being made by our valiant uniformed men and women in the line of duty.

“I ask all our countrymen to remember the heroism of the SAF 44 and recall the daily sacrifices of our uniformed personnel for the sake of the continued peace and security of our nation,” the President added.

Duterte previously ordered the creation of an independent commission that will look into the Mamasapano debacle, but later dropped the plan until the Office of the Ombudsman finished its investigation.

The failed operation targeted bomb-maker Zulkifi bin Hir, alias “Marwan,” who had a $5-million bounty on his head offered by the US government. JE/rga