Francis to Catholics: A scandal to say one thing and do another 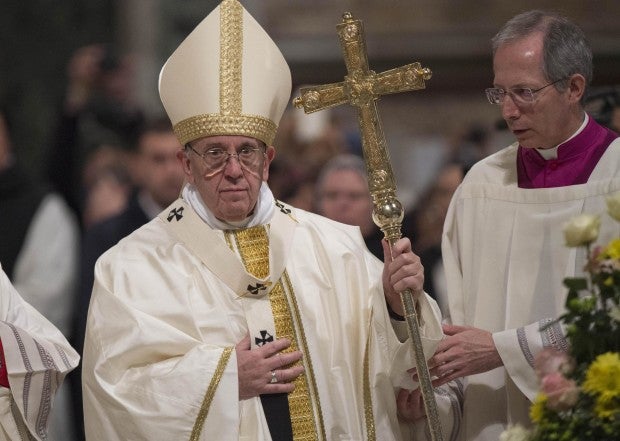 Not one to hold his tongue in criticizing wayward members of the Church he heads, Pope Francis has delivered yet another strong message for those who live a “hypocritical double life.”

During his homily at a Vatican morning Mass earlier this week, the beloved pontiff reminded the Catholic congregation of the dangers of ambiguity.

“It is a scandal to say one thing and do another. That is a double life,” he said, according to A Vatican Radio transcript, as translated by The Guardian.

“There are those who say, ‘I am very Catholic, I always go to Mass, I belong to this and that association,’” the head of the 1.2 billion-member Roman Catholic Church added.

The Pope also took notice of the world’s present state. He said that some people should say: “My life is not Christian, I don’t pay my employees proper salaries, I exploit people, I do dirty business, I launder money, (I lead) a double life.”

In a somewhat surprising twist of things, the Catholic Church head might have even suggested that being a non-believer is actually better than living a double life.

“There are many Catholics who are like this and they cause scandal,” he said. “How many times have we all heard people say, ‘If that person is a Catholic, it is better to be an atheist.'”

Since taking the place of Pope Benedict in 2013, Pope Francis has been extremely vocal on several religious issues and has continued to urge both priests and lay people to always practice what they preach.

Last year, the Pope said that the Roman Catholic Church should apologize to gay people “who look for God” and seek their forgiveness for the unjust treatment they have received through the years.

He also reminded Catholics not to ostracize atheists, and see them as “good people if they do good.”  Khristian Ibarrola /ra/rga