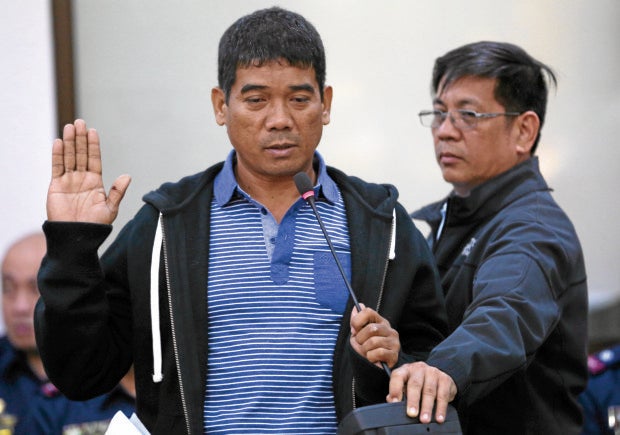 Chief Inspector Joshua Maximo, Urbiztondo police chief, said Dayan did not resist when the arrest warrant issued by Muntinlupa Regional Trial Court (Branch 204) Executive Judge Juanita Guerrero was served to him at about 7 p.m. in his house at Galarin village.

“Dayan said he expected the arrest because he saw it on TV earlier today,” said Maximo in a telephone interview.

Dayan and Rafael Ragos, former chief of the Bureau of Corrections (BuCor) and National Bureau of Investigation deputy director, are De Lima’s co-accused in a complaint linking them to drug trafficking activities inside the New Bilibid Prison.

Dayan will be taken to Metro Manila, where he will appear before the judge that issued the arrest warrant, according to Maximo. Muntinlupa Regional Trial Court Judge Guerrero issued the warrant ahead of the Friday (Feb. 24) hearings set by three RTC branches to hear De Lima’s motion to dismiss these charges.

Dayan was arrested last year by the police in La Union where he had been hiding, after he snubbed a Senate inquiry into drug activities inside the national penitentiary. He returned to Urbiztondo after he testifying at the Senate.  SFM