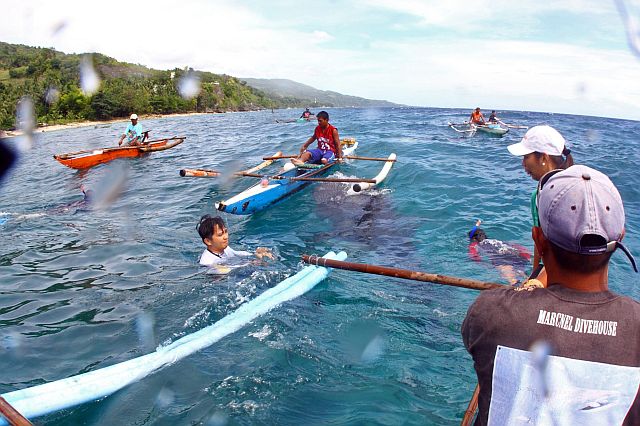 Beating back the communist insurgency in Sorsogon will be a big boost to its tourism industry.  Photo shows the province’s premier travel feature: whale watching. (CDN PHOTO/TONEE DESPOJO)

LEGAZPI CITY — The Armed Forces of the Philippines has announced it has reduced the communist insurgency in Sorsogon to a point that the conflict has become manageable and that the entire province can now welcome bigger development projects to pursue economic progress and eliminate poverty.

The AFP declared the entire Sorsogon as “conflict manageable and development ready” when it came to its counter-insurgency progress, during a ceremony Wednesday.

“The declaration of Sorsogon as conflict manageable and development ready is attributed to government forces (who)… have achieved substantial gains against threat groups (CNN or the Communist Party of the Philippines-New People’s Army-National Democratic Front politico-military organizations and other support systems),” said Cabral.  He added that the number of rebels in the province has been significantly “reduced.”

According to Cabral, there are 30 armed rebels in the province and that they import fighters from other fronts in their tactical offensives.

Sorsogon is the fifth province in Bicol to have gained the AFP declaration after Albay, Camarines Sur, Camarines Norte and Catanduanes.  SFM