WHAT WENT BEFORE: Janet Lim-Napoles and PDAF scam 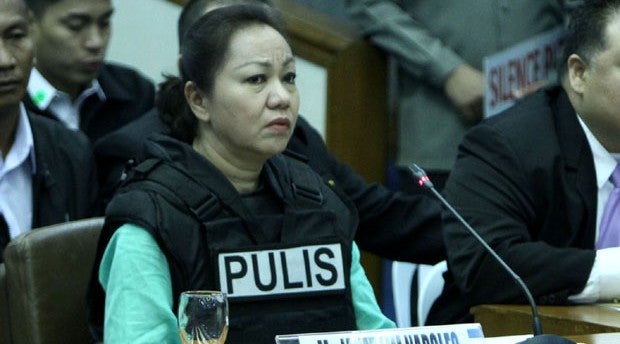 In July 2013, the Inquirer published a five-part special report on allegations that businesswoman Janet Lim-Napoles channeled some P10 billion in Priority Development Assistance Fund (PDAF) into ghost projects in over 10 years.

In October of the same year, former President and now Pampanga Rep. Gloria Macapagal-Arroyo, three of her Cabinet secretaries and 20 others, including Napoles, were charged with plunder in connection with the alleged theft of P900 million from the Malampaya Fund meant for storm victims in 2009.

The next month, the Office of the Ombudsman found merit in the plunder case filed against Enrile, Revilla, Estrada, Napoles and others linked to the alleged misuse of PDAF.

In June 2014, the antigraft body indicted Estrada, Enrile, Revilla, Napoles and other government officials in the Sandiganbayan for plunder and multiple counts of graft.

After warrants for their arrest were issued, Revilla, Estrada and Enrile surrendered and were transferred to the Philippine National Police Custodial Center at Camp Crame. Enrile was detained at PNP General Hospital in Camp Crame.

Napoles surrendered earlier in 2013 after a warrant of arrest was issued against her in connection with the illegal detention case filed by whistle-blower Benhur Luy. —INQUIRER RESEARCH