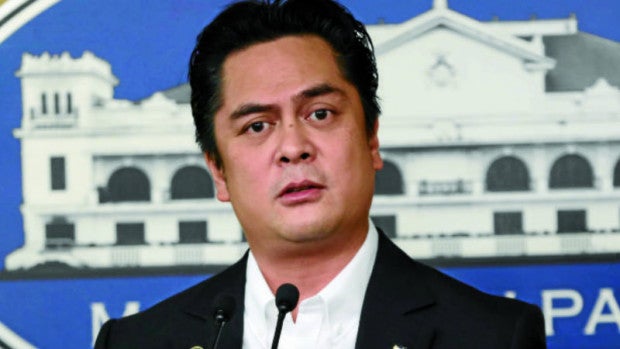 “Ang reading ko maliwanag na kuryente sya (Andanar). May nagbulong doon, may nagbulong doon na kung ano, ganoon yun (I think it is clear that it was a bum steer. Someone has informed him). Because where will he get it? He’ll not pluck it out of thin air. He’s more responsible than that,” Sotto said in an interview.

“Sabi ko nga tingin ko kuryente (I think it was only a bum steer), I ‘ll still give him the benefit of the doubt, na hindi nya inimbento (that he didn’t not make it up) or got it from thin air. He was fed with a false information, that’s my opinion,” the senator added.

Sen. Paolo Benigno “Bam” Aquino IV also came to the defense of Senate reporters as he advised Andanar to check again with his “sources” as he might have been only fed with false information.

“Palagay ko (I think) what Secretary Andanar can do is he can check his sources, i double-check nya (he should double-check it). Instead of casting doubt on the media and the opposition, check his sources at kung malaman nya na talagang wala naman talagang ganoong offer, huwag na syang maniwala sa source nya at mag apologize sya dito sa Senate media (and if he finds out there was really no such offer, he should not believe his source and he should apologize to the Senate media),” Aquino said in a separate interview.

“Mahalagang i-call out natin yan, kasi hindi rin naman tama na kung ano-ano lang yung sasabihin. Sasabihin may intelligence report o may source pero wala namang nagve-verify (It is important that we should we call it out because it is not appropriate to say baseless things. They would cite intelligence report or source but no one verifies it)…”Aquino said in a press briefing.

“Kami naman dito (Here) whether elected or appointed officials, sometime nagkakamali talaga at kung nagkamali ka, dapat aminin mo na lang na nagkamali ka, mag apologize ka (we commit mistake and if you have committed a mistake, you should admit it and apologize),” he added.

Aquino said Andanar may also reveal his sources if only to find out if his allegation that reporters, who covered the press conference of retired SPO3 Arturo Lascañas on Monday, had been offered bribes. The press conference was arranged by the office of Senator Antonio Trillanes IV, known critic of President Rodrigo Duterte.

During the press conference, Lascañas confirmed the existence of the so-called Davao Death Squad, which he said was ordered by then Mayor Duterte to kill criminals. RAM/rga