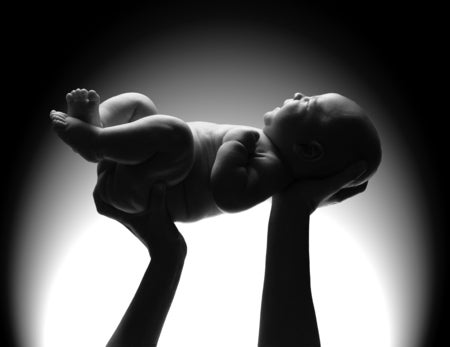 Through the aid of modern science, one 63-year-old woman managed to give birth to a healthy baby girl. File photo.

When she should already be only doting on her grandchildren, this 63-year-old woman has just given birth to a baby girl.

The woman, of Sri-Lankan descent, has successfully  brought forth a healthy baby in the Thumbay Hospital in Dubai, United Arab Emirates, on Monday, Gulf News reported.

The baby, who weighed 2.25 kilograms, was reportedly doing well and was expected to check out of the hospital in a few days.

She was sired by a 61-year-old man from Chennai, India, whose identity—along with the child’s mother—remained undisclosed for privacy reasons.

“The patient consulted the hospital in the 32nd week of her pregnancy after undergoing In Vitro Fertilisation (IVF) in India,” the hospital’s obstetrician and gynecologist Dr. Jaguad Nirmala said, according to the report.

“But I was very confident of handling the challenge as both the mother and child seemed fine after the initial examination,” she added.

Despite their advanced age, both parents were reportedly thrilled at the arrival of their newborn daughter. Hospital records revealed that the woman had two grown-up children from a previous marriage and had her last child 13 years ago.

“I think the baby is doing well as she had a good birth weight and no lung immaturity. My patient, the mother, is absolutely fit and can be discharged anytime,” said Dr. Nirmala.

After her second marriage, she decided to go for the IVF treatment, a process of fertilization by extracting eggs, retrieving a sperm sample and manually combining both in a laboratory dish.

Late pregnancies, meanwhile, have become more common in recent years due to the advancement of modern science.

“Couples usually going in for IVF use donor eggs as the quality of a woman’s egg declines after 30 years,” Dr. Nimala said. “I cannot comment on this case as the mother came to me only at 32 weeks of pregnancy.”  Khristian Ibarrola / ra/rga