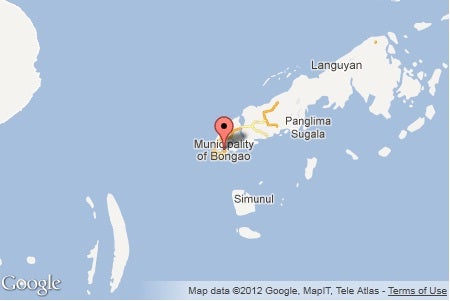 Col. Cirilito Sobejana, commander of the Joint Task Force Sulu, said MV Giang Hai – which had 17 crewmen – was sailing for Iloilo from Sulawesi when it was boarded by armed men on smaller boats around 7:25 p.m. Sunday in the waters near Baguan Island.

The armed men shot dead one of the sailors, later identified as Vu Duchan.

Capt. Jo-ann Petinglay, spokesperson of the Western Mindanao Command, said elements of the Philippine Coast Guard and the police responded after being notified by local fishermen about the incident.

Government forces managed to catch up with the ship, which the remaining 10 crew had steered when the gunmen left on Monday, Petinglay said.

She said the vessel, towed by a fishing vessel, was brought to the Coast Guard Sub-Station on Taganak Island.

“We are thankful to the report made by local fishermen as they had been instrumental in the rescue of the 10 crew members,” Galvez said.

Galvez said with the six new victims, there were now 33 kidnap victims – seven locals and 26 foreigners – in the hands of suspected Abu Sayyaf bandits. CBB /rga