No Senate stand yet on De Lima’s impending arrest 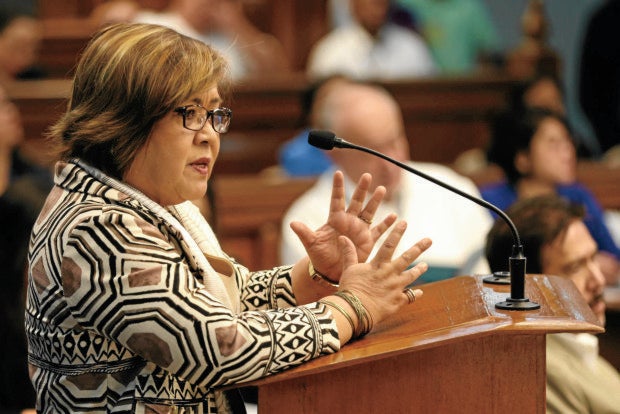 Senators held a caucus on Monday but failed to come up with an official position on the impending arrest of Senator Leila de Lima for alleged drug links.

“Let’s not be too excited about that warrant of arrest. Actually, anything can happen so the Senate would reserve its comments on the Leila de Lima issue until something more concrete happens,” Senate President Aquilino “Koko” Pimentel III told reporters after the caucus.

Pimentel said De Lima’s possible arrest was discussed during the caucus but the sentiment was to respect the independence of the judiciary and not to preempt the action of the courts, where the charges against the senator were filed.

“We should not even predict or anticipate and publicly state what the court should do,” he said.

“And then of course, theoretically speaking, if a member of the Senate is arrested we are all concerned about the safety of that person. So the primordial consideration would be the safety of the person arrested.”

The Senate leader reiterated that no arrest should be made either during the session of the chamber or inside its premises.

“But definitely with proper coordination with the OSAA (Office of Sergeant At Arms), it can be done immediately outside the Senate premises. Wala pong problema (There will be no problem with that).”

“Baka nga lahat itong pinag uusapan natin (It’s possible that what we’re talking about) would become moot and academic if the person to be arrested presents himself or herself to the court voluntarily so hindi na po dapat natin ito masyadong pinoproblema (we should not think about it too much),” he further said. RAM/rga