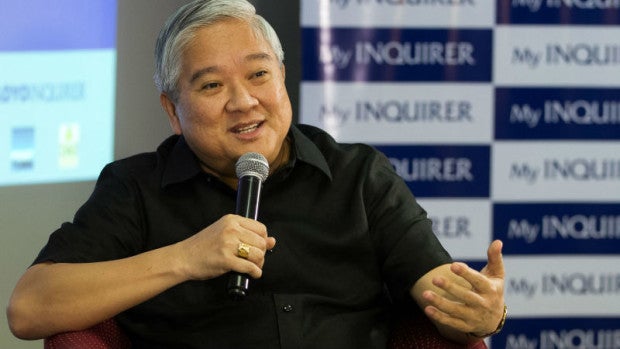 The Walk for Life prayer rally on Saturday is not a protest defending drug addicts or killers, but rather a gathering of Catholic lay people fighting for the sanctity of life stemming from God.

Lingayen-Dagupan archbishop Socrates Villegas said the three-hour activity will not defend drug addicts and other criminals, as he stressed the importance of due process for criminals.

“The Walk of Life is against drugs. The Walk for Life is not in defense of drug addicts and pushers. Drugs are bad, and drugs are fatal,” he said.

Villegas, the president of the Catholic Bishops Conference of the Philippines, said the prayer rally is for those who can no longer speak after being silenced by a bullet or by fear for their lives.

“(This) is not to defend drug addicts, killers. Criminals should be arrested, charged, sentenced and jailed to correct wrongs. Guilt should be proven in a court of law, not the law of the bullet,” he said.

The prelate issued the statement on the eve of the Walk for Life prayer rally at the Quirino Grandstand in Manila.

The activity expected to draw around 20,000 faithful condemning the reimposition of the death penalty and the spate of extrajudicial killings amid the government’s war on illegal drugs.

It was organized by the Sangguniang Laiko ng Pilipinas, an organization of Catholic lay people, although the activity was endorsed by the CBCP.

The prayer rally will begin at 4:30 am Saturday, lasting for around three hours.

It may be recalled that the CBCP has been vocal in its opposition against the death penalty and the extrajudicial killings, even issuing separate pastoral statements condemning the culture of death.

Villegas said the Walk for Life is for those who have been silenced after being killed, or presently addicted to illegal drugs.

Villegas added: “The Walk for Life is for them. We will walk and stand up for all of them.”

Aside from the reimposition of the death penalty and the spate of extrajudicial killings, he cited five other “sins” from A to E which they should firmly oppose.

These are: abortion, blasphemy against the name of God, corruption, drugs and executions.

Villegas noted that illegal drugs are against life itself, since illegal drugs kill not only the user, but even the victims of rape, robbery, and killings.

On the other hand, killings take many forms – from executions, to “salvaging,” to summary executions, and now the spate of extrajudicial killings.

“Killings, may it be done by criminals or enforced by the government through the death penalty, are still killings. We cannot teach that killing is wrong by killing those who kill. It also increases the number of killers,” Villegas stressed.

He also cited the significance of holding the prayer rally at dawn, noting that most of the drug suspects killed through summary executions were found at dawn.

“It is around this time that bodies are found on the sidewalk or near a pile of trash. Dawn, which is supposed to be a time for new beginnings, becomes a time of tears and fears because of those killed during the night,” he said.

Villegas reiterated that rather than the death penalty, the police, the judiciary and the penal system must be reformed instead.

“No to death penalty. Yes to the reform of the criminal justice system. We urge Congress to allow solons to vote according to their conscience,” he said.

The prelate urged the faithful not to cower in fear from the darkness, as he stressed that there is still hope.

Read Next
Aguirre denies hand in DOJ raps vs De Lima
EDITORS' PICK
What to watch out for when selecting a video surveillance solution
Heads may roll at BOC, says Palace if sugar smugglers are allowed to use recycled import permits
vivo brings to the Philippines a powerful smartphone with a slimmer body, the vivo Y02s for only PHP 6,499
DOH reports increase in daily COVID-19 deaths, mostly unvaxxed
Palace: Biggest supermarkets in PH commit to sell sugar at P70 per kilo
House energy committee chair Arroyo bats for cheap electricity
MOST READ
DepEd to give teachers P5K cash allowance within first week of classes
Alyssa Valdez to miss Creamline’s AVC Cup campaign
Brian Poe-Llamanzares receives his PhD in Public Administration
Ambulance driver dies of heart attack en route to pick up patient in Biliran town
Don't miss out on the latest news and information.