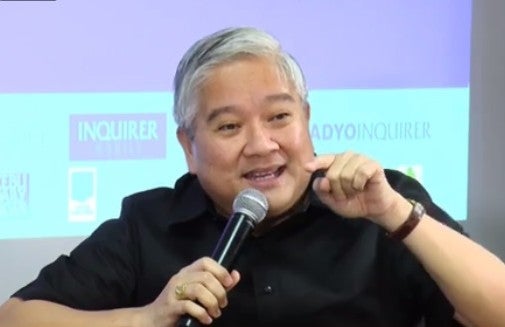 Lingayen-Dagupan Archbishop Socrates Villegas said he would be participating in the ‘Walk for Life’ against the restoration of the death penalty and extrajudicial killings related to President Rodrigo Duterte’s war on drugs. SCREENGRAB from INQUIRER.net VIDEO

The organizers of the Walk for Life against the death penalty and extra-judicial killings are expecting more than 20,000 Catholics to troop to Saturday’s prayer rally at the Quirino Grandstand.

The Sangguniang Laiko ng Pilipinas said around 10,000 have registered with them so far to take part in the early morning, three-hour prayer activity.

“We are open to everyone: religious groups, civic groups. We asked them to go there directly, we expect around 20,000 people or more,” said Joseph Jesalva of the Sangguniang Laiko ng Pilipinas.

READ: ‘Walk for Life’ kicks off week for seniors

Participants of the prayer rally in Manila will be coming from the Dioceses of Balanga, Malolos, San Fernando in Pampanga and Antipolo.

“There are some evangelicals, non-Catholics, who called us and signified they were coming,” Jesalva added.

The Walk for Life was organized by the Sangguniang Laiko ng Pilipinas to stress the lay people’s opposition to the reinstatement of the death penalty, and the spate of extrajudicial killings amid the war on illegal drugs.

Although the Catholic Church has refused to reply to President Duterte’s attacks against bishops and priests, the Catholic Bishops Conference of the Philippines issued pastoral statements against the extrajudicial killings and the death penalty.

The CBCP clarified that it did not organize but was only endorsing the lay’s prayer rally.

CBCP president and Lingayen-Dagupan archbishop Socrates Villegas is expected to attend the activity at the Quirino Grandstand, which will start at 4:30 a.m. on Saturday.

Similar activities will be held in Dagupan, Pangasinan, Cebu and in other dioceses all over the country.

Meanwhile, Manila auxiliary bishop Broderick Pabillo is optimistic that many Catholics will take part in the prayer rally.

“We hope to have many people attending the Walk for Life although we don’t know exactly the response so far. This is our first experience of a lay initiative in this regard,” said Pabillo, the chair of the CBCP’s Episcopal Commission on the Laity.

He noted that many lay people have expressed their interest in joining the activity.

“Our appeal to the public is to come and stand up for life. Let us all stand up and be counted to promote life, we defend the life of each and every one,” Pabillo added. CBB