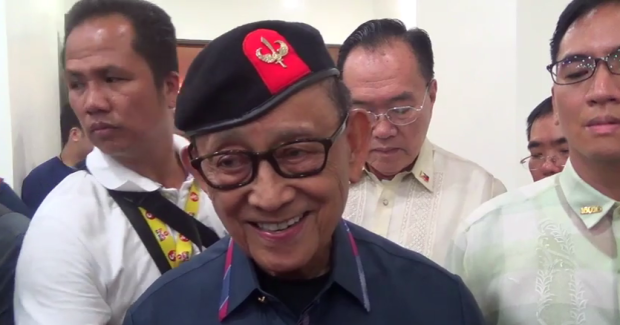 MANILA — Former President Fidel V. Ramos has urged President Duterte to finish the long-delayed Edsa memorial center by 2018 in view of a low-key celebration this year of the peaceful revolution that toppled the Marcos dictatorship.

Ramos noted that the Edsa People Power Commission headed by Executive Secretary Salvador Medialdea had not issued any guidelines or traffic plan for the commemoration.

“They said they haven’t laid out a traffic proposal for Edsa because of lack of emergency powers. And so the celebration, which seems small, was moved inside Camp Aguinaldo so as not to worsen the traffic,” Ramos told reporters during the launch of his book “XYZ Files” in Makati City.

Ramos said the Duterte administration should be given “a little leeway as long as they promise to do a better job next year by already having this long-delayed Edsa learning center or memorial center that will be a model for the whole world.”

“As long as this can be done during President Duterte’s term, he will get credit for it and the people will love him for it,” Ramos, who played a key role in the Edsa People Power Revolution, said.  SFM