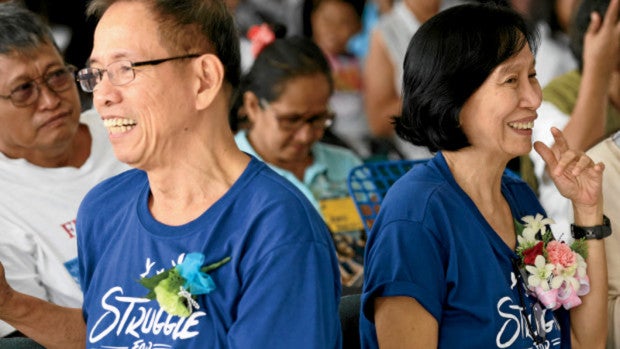 The Philippine government has formally asked a Quezon City regional trial court to order the rearrest of National Democratic Front of the Philippines (NDFP) consultants and top Communist leaders Benito and Wilma Tiamzon.

In a manifestation and motion for the issuance of recommitment order received by Quezon City RTC branch 216 on Monday, Solicitor General Jose Calida asked that the Tiamzon couple’s bail be cancelled following the termination of peace talks with communist rebels.

The Tiamzons were released from detention in August last year to participate as NDFP consultants in the peace negotiations in Oslo, Norway.

“Considering that the peace negotiations in Oslo, Norway are terminated, the accused who were granted conditional release should be recommitted to the courts and their respective bonds should be automatically cancelled,” Calida said.

“The GRP panel respectfully prays that this manifestation and motion be granted, and the accused Benito Tiamzon and Wilma Austria Tiamzon be recommitted and their bail be automatically cancelled,” the solicitor general wrote in his prayer.

In response, the Tiamzon’s lawyers asked the court to defer the resolution on the government’s motion “so as not to render moot and academic the efforts and overwhelming calls toward the resumption of peace negotiations.”

Following the termination of peace talks, President Rodrigo Duterte has ordered the arrest of NDFP consultants once they set foot in the country. The government also terminated the Joint Agreement on Safety and Immunity Guarantees, which guarantees protection to negotiators, consultants and other personnel joining the peace talks. RAM