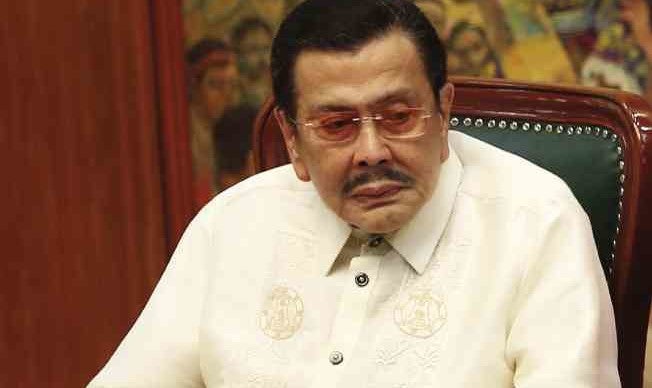 After a bout with asthmatic bronchitis landed him in the hospital for a few days in December, Manila Mayor Joseph Estrada announced on Monday that he had quit smoking.

At the same time, he ordered the intensified citywide implementation of a smoking ban.

“We will start at city hall. I enjoin everyone, from rank-and-file employees to department heads and even city councilors, to comply with this antismoking ordinance. We will be very strict,” Estrada said in a statement.

In line with his order, city hall employees can light up in only three designated areas at city hall: the Arroceros, Taft Avenue and Freedom Triangle gates.

According to the statement, Estrada has “started chewing sugar-free medicated lozenges after being discharged from the hospital as an alternative to smoking.”

His public information officer Mikee Falcis told reporters that the 79-year-old former President had asked Manileños “to follow his example” and quit smoking “for good.”

“Love your heart, quit smoking. For the sake of your family and loved ones, stop smoking. It won’t do you any good,” Falcis quoted Estrada as saying.

On Dec. 21, Estrada, a longtime smoker, was confined at Cardinal Santos Medical Center in San Juan City after he supposedly came down with pneumonia.

He was released after a few days with his family clarifying that he had been diagnosed with asthmatic bronchitis.

This is the nth time that a Manila mayor had ordered the strict enforcement of City Ordinance No. 7748 which prohibits smoking in all enclosed public places.

In 2011, then Mayor Alfredo Lim even ordered the arrest of violators.

Since taking over the city’s top post in 2013, this is the second time that Estrada has tried to quit smoking.

In January 2014, he told reporters that he had kicked the habit because he wanted to be healthy. But when talk turned to his ouster from the presidency in 2001, Estrada asked his aides for a cigarette. “You are driving me to smoke,” he told reporters.

Read Next
Arson or accident? QC fire still under investigation
EDITORS' PICK
Over 3 Million worth of prizes to be won at Smart Padala’s SENDali Manalo Promo!
Gear up and get ready to play with Yamaha Mio Gear
Acer starts the year off strong with the Aspire Vero National Geographic Edition
If elected VP, Sara Duterte will push for mandatory military service for all Filipinos
Senate bill seeks to penalize employers requiring employees to work during rest hours
Marcos-era elections: Not what his son signed up for
MOST READ
Jose Manalo’s son Benj pays tribute to late mother: ‘You’re a testimony of God’s love’
‘Sampal sa gobyerno:’ Drilon wants unvaxxed PAO chief barred from working
Vice mayor slams Vico Sotto for turning Pasig into a ‘puro palabas’ city
Bongbong-Sara tandem names 7 candidates in initial senatorial slate
Don't miss out on the latest news and information.