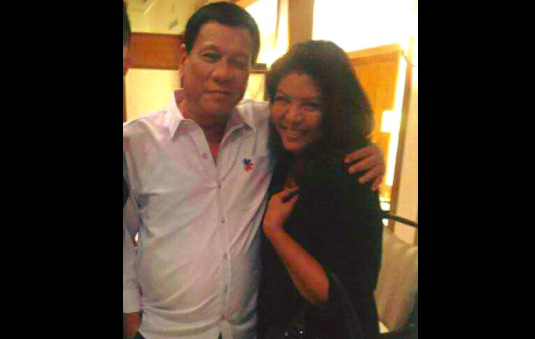 A vocal supporter of President Rodrigo Duterte on social media has been appointed  assistant secretary of the Department of Social Welfare and Development (DSWD).

In a text message to INQUIRER.net, DSWD Secretary Judy Taguiwalo on Monday morning confirmed the appointment of Lorraine Marie Badoy, a physician by profession, to the department. Badoy also shared the news on Facebook.

“I am happy to confirm the news that Dr. Lorraine Badoy is joining the DSWS as Assistant Secretary. For now, she will be focal person of the Office of the Secretary in implementing the medicine assistance to drug dependents undergoing rehabilitation. President Duterte has allocated P1 billion for this,” Taguiwalo told INQUIRER.net.

“Asec. Lorraine is a doctor of medicine and has been assisting Yolanda-affected families for several years now in her private capacity. Asec. Lorraine brings to DSWD not only her medical skills but a spirit of service to the people marked by compassion and free from corruption,” Taguiwalo added.

On Facebook, Badoy called her appointment  “a privilege, a duty, and a sacred trust.”

“Today though, I start a new chapter in my life as public servant at the DSWD and where I have a clear shot at changing some of those lives for better and with resources I’ve never had at my disposal all those years I did my thing,” she said.

“And I get to do all these under the leadership of such an inspiring President—someone who has mirrored my rage and grief at the great yawning gap between those of us who have so much and those who have, literally, nothing,” Badoy added.