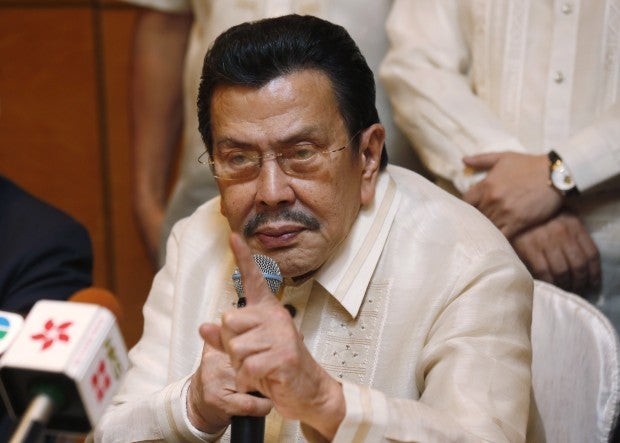 Estrada, a former president, released a statement a day after the Communist Party of the Philippines called the all-out war as undemocratic and a policy that was bound to fail.

But according to Estrada, Duterte “is right” to suspend the ceasefire as a reaction to “the atrocities and ceasefire violations committed by the NPA bandits in the past weeks.”

Yet, at the same time, Estrada expressed hope that the two parties could still go back to the negotiating table.

“Hopefully [they can go back to the negotiating table]. These are NPAs anyway, and their main concern is land reform,” Estrada said.  SFM/rga