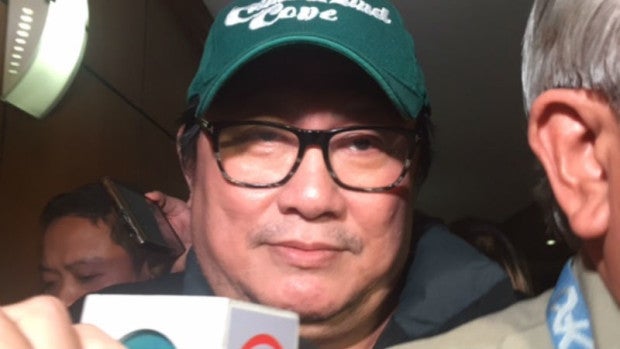 Wally Sombero Jr., alleged middleman of gambling tycoon Jack Lam, was a no-show again on Thursday in the third hearing of the Senate blue ribbon committee on the reported P50 million bribery scandal.

Instead, lawyer Ted Contacto read his client Sombero’s letter to the committee saying he could not attend the hearing for health reasons.

Sombero was a key personality in the controversy as he was the one who reportedly handed P50 million to two former Bureau of Immigration (BI) officials —Al Argosino and Michael Robles— supposedly in exchange for the release of Lam’s Chinese workers in Clark, Pampanga.

Argosino and Robles attended the hearing.