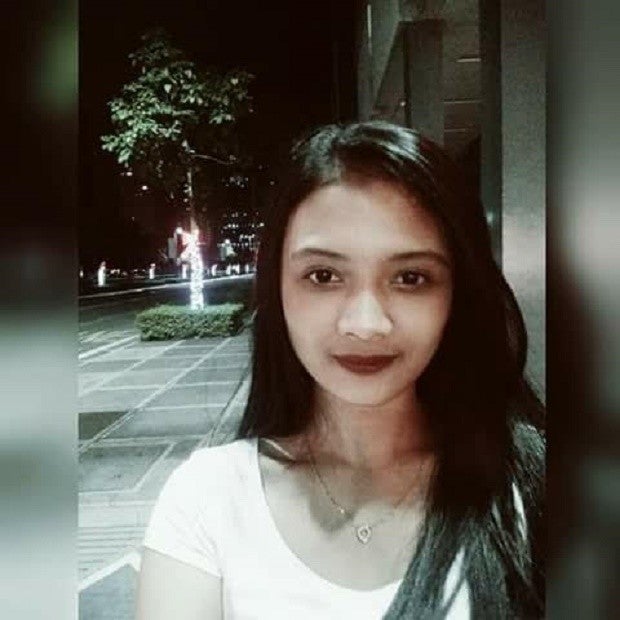 “Please take care of yourselves, mother. Please make sure you and papa are safe because I am far away. Don’t worry, I will send you money on Friday. Wait for me. Take care.”

This was the last conversation Ma. Erlinda had with her 24-year-old daughter Eleanor, a call center agent, when they last talked on January 31.

Eleanor Gonzales, the family’s breadwinner and a qualitative assurance analyst in a Makati-based call center company, died on Friday afternoon fighting for her life at the Mandaluyong City Medical Center.

“I was waiting for her this Friday, but she never called back,” Ma. Erlinda told the Inquirer in a telephone interview on Wednesday.

The older Gonzales is still in Zamboanga City and could not go to Manila to see Gonzales. Gonzales’ father, who used to be a driver in Manila, is incapacitated after an accident.

Gonzales was rushed by concerned citizens after a still unidentified holdup man shot her in the forehead around 4:50 a.m., also on Friday, near the stoplight along Guadalupe bridge along Edsa northbound in Barangay (village) Ilaya.

She was on her way to work.

Gonzales’ body is currently at the Funeraria Quiogue as they waited for money before her body can be brought to Gusiao, Zamboanga City.

Senior Insp. Jose Villarta, Mandaluyong Police Criminal Investigation chief, said Gonzales could have resisted the suspect who was able to cart away her bag and belongings. They found a bag strap near the crime scene.

Gonzales’ roommate reported that her roommate had been missing for two days already when she left for work from their apartment at Brgy Southside Makati around 4 a.m. Friday.

Gonzales’ remains were brought to the funeral parlor as a “Jane Doe” until she was identified early this week.

Her mother said Gonzales could have protected the bag that much as she just borrowed the cellphone she used at that time. “She had no cellphone. Her old phone was not working,” she said.

“Eleanor was a very kind daughter. She never answers back. She had big dreams for us. She wanted to save up to give us a house, and send her youngest sibling to school,” her mother told the Inquirer.

“Her work starts at 7a.m., but she reports to work around 5 a.m. so she can send more money home,” she added.

Her mother, seeking justice for Gonzales, said they badly needed financial assistance for the funeral expenses. Her remains are expected to be brought to Zamboanga City on Thursday, her mother said.

Elena Santos and her two other officemates who went to see her at the funeral parlor said Gonzales, who had worked for the company for three years, was a cheerful and lively woman.

Santos expressed her regret over the incident and appealed to the government to increase police visibility in the poorly-lighted and “crime prone” area at the Guadalupe bridge.

“Last December, there were policemen at the area; now, it’s unsafe. The fence they put there does not help. Hope they can look at this area, especially for us call center agents who travel in the morning,” Santos said.

The Mandaluyong police has created a task force to solve Gonzales’ killing.