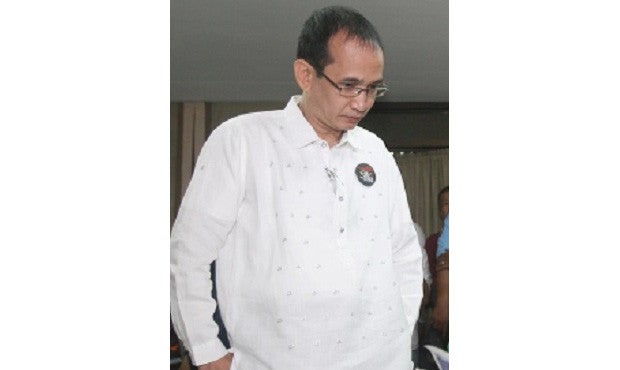 A legal counsel of the National Democratic Front (NDF) has pointed out that political consultants released on bail cannot be rearrested immediately after the Philippine government terminated the Joint Agreement on Safety and Immunity Guarantees (JASIG).

Fidel Agcaoili, NDF negotiating panel chair, replied that all 17 NDF consultants are covered by the JASIG and have returned to the Philippines, contrary to the government’s orders to arrest them once they enter the Philippines after attending the peace negotiations abroad.

On Tuesday, Peace Process Adviser Jesus Dureza confirmed that the government has terminated the JASIG, which protected NDF consultants from arrest while they engaged in peace talks.

However, NDF legal counsel Edre Olalia said the JASIG termination will only take effect 30 days after the document is received by the NDF.

“The 30 days grace period has not yet lapsed. Therefore, all the JASIG guarantees remain until such time,” he said in a statement.

Olalia claimed that while the safety guarantee or the safe conduct pass will no longer be valid after the JASIG is officially terminated, it does not apply to “immunity guarantees.”

“These immunity guarantees are perpetual and permanent and remain in force even after the JASIG is terminated and the formal peace negotiations are effectively terminated precisely because the rationale is to protect them and encourage their participation or involvement in the peace process without running the risk of any such punitive action thereafter,” he said.

In a phone interview with INQUIRER.net, Olalia said that immunity guarantees like that of the Witness Protection Program are “perpetual and permanent.”

“The concept of immunity even in other countries is to assure that person that he will not be held accountable in exchange for something. In this case, the condition is the involvement in the peace negotiations,” he said.

Olalia also pointed out that the released political consultants are “validly out on bail” and that “there are no valid outstanding and unused or unserved warrants of arrest for them.”

“There are no court orders cancelling or shortening their cash bails as there are no existing legal grounds to do so,” he added.

He argued that the arrest warrants against the consultants facing existing cases are already extinguished since they were earlier arrested and had in fact posted bail.

Olalia pointed out that Ladlad, unlike the other 19 consultants, was not recently released by the Duterte administration but has long been out on bail for a case filed against him during the martial law.

Ladlad was not included in the lookout bulletin issued by the Department of Justice. His name was replaced by Rafael Baylosis, who has the same status as Ladlad. The two were arrested several years ago, together with Satur Ocampo and Randall Echanis and were allowed by the Supreme Court to post bail.

Olalia argued that all political prisoners have long been charged with common crimes as part of political harassment.

He said the arrest orders and the lookout bulletin have the same objective.

“What is happening really is political persecution. Strong hand tactics,” he said.

Olalia said the government and the NDF could still have pursued peace negotiations despite the cancellation of the ceasefire. He said both sides have previously agreed to negotiate while fighting was ongoing.

Duterte used to have good relations with the Communist Party of the Philippines, paving the way for the government’s relatively smooth negotiations with its political arm, the NDF. However, the negotiations crumbled after the NPA, the CPP’s military arm, announced the end of its unilateral ceasefire. The NPA cited the military’s presence in its territories and the delayed release of political prisoners as reasons for the termination.

Duterte, in turn, lifted the government ceasefire, saying that peace is unlikely “during our generation.” RAM