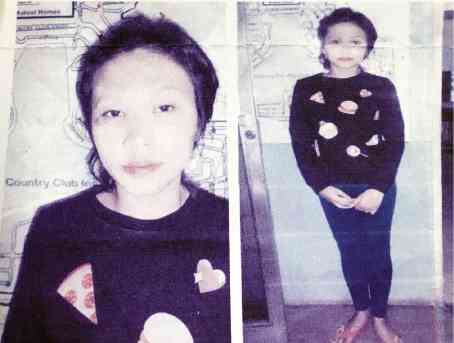 The victim, Richelle Sagang, was employed as a housemaid at Ayala Alabang Village. —CONTRIBUTED PHOTO

The National Bureau of Investigation (NBI) has been ordered to conduct a parallel investigation on the brutal killing of a woman working as house help in Ayala, Alabang.

“I asked the NBI to conduct a parallel investigation on the beheading of a house help in Ayala, Alabang,” Justice Secretary Vitaliano Aguirre II said.

The victim has been identified by her father to be 17-year-old Richelle Sagang from Zamboanga del Norte.

She was shot to death and beheaded. Her head and body were found 37 kilometers apart–the head was found in Makati while the body was found in Bulacan.

READ: P100K reward up in case of beheaded Munti maid

The victim’s father, Noel, a farmer said he knew that the victim was his daughter based on the scars on both feet, the face shape and the forehead.

Also, the body of the victim was wearing a long-sleeved black shirt and blue leggings, the same clothes her daughter was wearing in the pictures taken by Ayala Alabang Village security officers. CDG

READ: Zambo farmer sure beheading victim was his daughter after seeing scarred feet