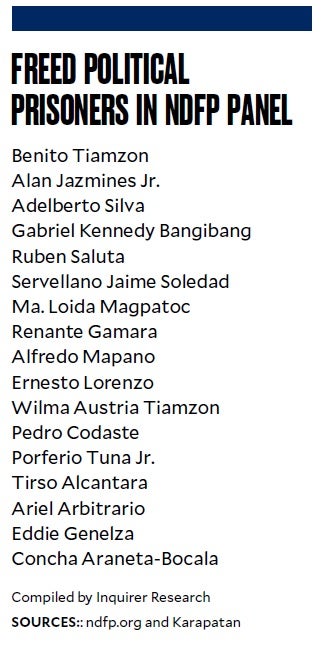 The government on Tuesday stepped up its offensive against communist guerrillas after it terminated the peace talks, announcing an “all-out war” against the New People’s Army (NPA) and canceling safe-conduct passes to all rebels involved in the negotiations.

Defense Secretary Delfin Lorenzana told reporters in Malacañang that the military operations against the guerrillas would be conducted through “surgical operations” to avoid casualties among noncombatants.

“It is an all-out war because they are considered by the President already as terrorists. We also consider them terrorists,” Lorenzana said.

President Duterte on Saturday canceled the talks a day after he terminated the government’s unilateral ceasefire in response to the rebels’ earlier announcement that they would end their own truce this Friday.

The rebels said the government had reneged on a promise to release hundreds of political prisoners and violated its own truce.

Mr. Duterte said the rebels made “impossible” demands and attacked and killed several soldiers during the truce.

Jesus Dureza, presidential adviser on the peace process, said he had informed Fidel Agacaoili, chief negotiator of the National Democratic Front of the Philippines (NDFP), and Jose Maria Sison, NDFP chief political consultant and Communist Party of the Philippines (CPP) founder, that the government had also terminated the Joint Agreement on Safety and Immunity Guarantees (Jasig).

“Following the President’s announcement of the cancellation of the peace talks with the CPP/NPA/NDF and per his instructions, the government is hereby serving this notice of the termination of the Joint Agreement on Safety and Immunity Guarantees (Jasig),” Dureza said in his e-mail to the NDFP on Tuesday.

The Jasig provides safe conduct to all rebel negotiators and their staff, allowing them to freely move around the country or to travel abroad. Junking it will clear the way for their arrest.

Presidential spokesperson Ernesto Abella, quoting the Office of the Executive Secretary, clarified that the rearrest of the consultants, who had posted bail to be released from detention to participate in the talks, would have to be based on arrest warrants from the courts that had granted them temporary liberty.

“So basically, this is under the jurisdiction of the courts,” Abella said.

The Department of Justice would have to ask the courts to cancel their bail, he added.

Justice Secretary Vitaliano Aguirre II said the only reason communist leaders like Benito and Wilma Tiamzon were freed was because the government did not oppose their bail.

Aguirre also said he was planning to place all NDFP consultants on an immigration lookout bulletin order.

One NDFP consultant, Ariel Arbitrario, was arrested on Monday in Davao City, before the Jasig was terminated, because he was traveling with a person who was wanted for murder, Lorenzana said. 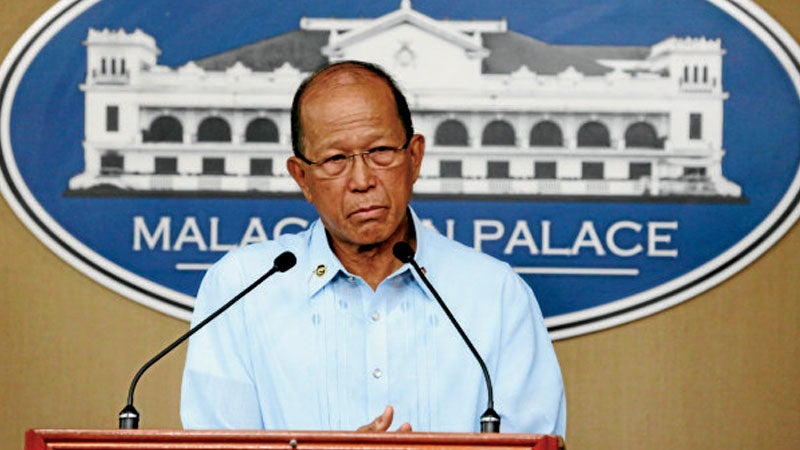 The defense secretary said the NPA was no different from Abu Sayyaf bandits, who had kidnapped and beheaded hostages.

“The Abu Sayyaf kidnap people and then they get money. The NPA will threaten those businessmen and also get money. There’s no difference at all. They are there to terrorize people, to giving them money. That’s extortion,” Lorenzana said.

“So we will hunt them down and maybe stop them from doing what they are doing,” he added.

The casualties on both sides had steadily risen since an NPA fighter died in a clash with Army soldiers in North Cotabato two weeks ago.

At least six soldiers were killed last week in separate guerrilla attacks in Mindanao and Luzon, including three whose bodies were found riddled with bullets after they were abducted by the rebels.

On Monday, an alleged NPA regional supply officer, Glenn Ramos, was killed in Davao City when he reportedly fought soldiers and policemen out to arrest him on attempted homicide charges.

On Tuesday, just hours before the government announced its “all-out war,” a soldier was killed in a clash with suspected rebels in Capiz province.

Lorenzana said the military would focus on the “armed component” of the rebel movement, not the “peace-loving” supporters such as farmers. —WITH REPORTS FROM JHESSET O. ENANO, CYNTHIA D. BALANA, GIL C. CABACUNGAN, NESTOR P. BURGOS JR., NICO ALCONABA, JIGGER JERUSALEM, ALLAN NAWAL AND THE WIRES