Faces of the News 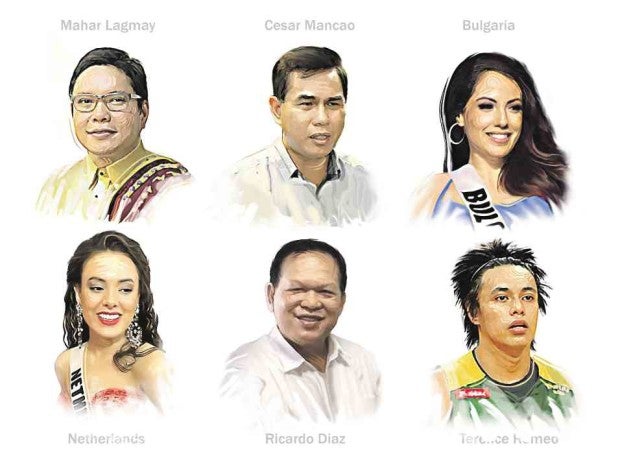 He has steered Project Noah, the state-run rain-and-flood forecasting system, since it was formed in 2012. It has been relatively smooth sailing since then, until now. The project is now facing termination this month for lack of funds and support. And as its executive director, it’s only natural for him to raise alarm bells. It ain’t broke, hence it doesn’t need fixing, much less grounding, he argued. But he’s more worried about the crew of scientists and researchers working on Noah’s component projects now at risk of losing their jobs. We’re talking of skilled, talented scientists here, he said. “It’s not just technology we invested in. We also invested on researchers, scientists. We want to save them.”  If its any consolation, the weather bureau has been eyed as the main agency to adopt Noah operations and technologies.

Suddenly, he has surfaced at Camp Crame, more than three years after escaping from the National Bureau of Investigation. Prior to his flight, he had been detained at the NBI for his alleged role in the Dacer-Corbito double murder case. His surrender came as top officials reeled from the backlash over the abduction-slay of a Korean executive, and killings of drug peddlers and users. Meantime, the former police official must be feeling at home at the Criminal Investigation and Detection Group (CIDG) office, where he is supposedly detained, while awaiting a Manila court’s resolution on where he would be detained. Incidentally, Philippine National Police Director General Ronald dela Rosa, and CIDG director, Chief Supt. Roel Obusan, were his classmates at the Philippine Military Academy Class of 1986.

Bulgaria’s representative to the recently concluded Miss Universe pageant in Manila is still a big winner among Filipinos even if she lost the international competition on Jan. 30. The 21-year-old European Studies student endeared herself to Filipinos when she donated her midriff baring, beaded, midnight blue gown from Sherri Hill fashion house. Ancheva said she wanted to give the gown to a “girl in need that can’t buy a dress for her prom next month.” The dress went to single mother Issay Gallano’s 15-year-old daughter, Zyra Nicole Cifra. Ancheva’s compatriot, 2015 Miss Universe contestant Radost Todorova, also earned the admiration of the Filipino people when she motioned to Pia Alonzo Wurtzbach to receive the Miss Universe title after host Steve Harvey corrected his announcement error.

Play any music to a dancer and she will give you a performance. This was what happened when the candidates of the 65th Miss Universe pageant in Manila had a break during their dress rehearsals at SM Mall of Asia Arena in Pasay City for the pageant’s finals on Jan. 30. An audience member shot a video of her amusing herself by dancing to Beyoncé’s “Single Ladies” showing the full choreography used in the pop superstar’s popular music video. The candid video went viral on social media. The 23-year-old professional dancer and model studied at the University of Education and Institute for Performing Arts. In an earlier interview before she left the country after the competition, Ivory said she knows the steps to the pop diva’s hit song because she performed it at a wedding with a group of girls when she was 17 years old.

He’s among the most recognizable faces in the National Bureau of Investigation. Throughout his career, during which he once headed the NBI Interpol, he had been cited for cracking cases. This week, the director of the NBI’s National Capital Region was linked to the brutal abduction-slay of Korean businessman Jee Ick-joo by a police official also implicated in the crime. For this, he was sacked along with several other NBI officials by their embattled chief, Dante Gierran. President Duterte had threatened to relieve Gierran if he failed to arrest three NBI “assets” linked to the crime. At press time, there were scant details on the role played by Diaz and his colleagues, but their sacking has laid bare the alarming suspicion that the crime could be a conspiracy of ranking law enforcers.

It’s no surprise that GlobalPort’s Terrence Romeo delivered when it mattered. As one of the league’s prolific guards, Romeo exploded for a career-high 44 points in a crucial win that helped Batang Pier secure a quarterfinal berth in the PBA Philippine Cup. The former Far Eastern University standout also posted six rebounds and six assists on top of a 53-percent shooting clip as Batang Pier ripped Rain or Shine, 117-99.  The victory assured Batang Pier a playoffs slot, the next best thing after they missed their chance to nail the No. 2 slot. “He’s playing not only to help the team win, but to become a better all-around player,” said GlobalPort coach Franz Pumaren. “He’s changing his game for the best interest of the team. He’s also willing to accept his role now. He’s willing to accept that he’s the leader of the team.”