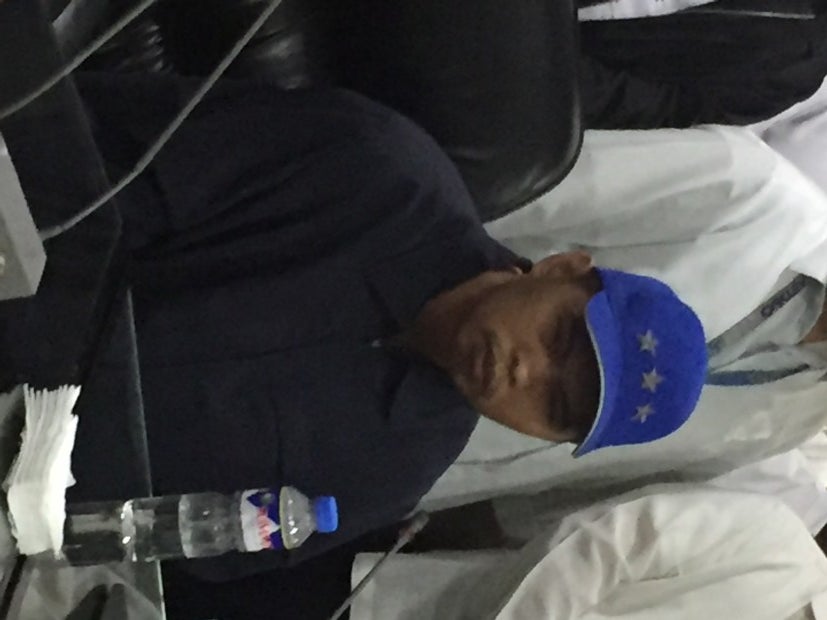 Jerry Omlang, an errand boy at the NBI, one of the respondents in the kidnap-slay of Jee Ick Joo/Tetch Torres-Tupas, INQUIRER.net

Jerry Omlang, one of those tagged in the abduction and killing of South Korean national Jee Ick-joo on Friday said only cops, and not National Bureau of Investigation (NBI) agents, were involved in the crime.

Omlang, a former errand boy at the NBI, on Friday appeared before the Department of Justice (DOJ) for the reinvestigation of the Jee kidnap-slay case.

He belied the claim of Superintendent Rafael Dumlao III that Jee’s abduction and killing was a joint operation of the police and NBI.

“Dumlao said there were NBI involved but no, there is none,” Omlang said.

As far as he knows, he said Dumlao is the mastermind.

He said when he was with Senior Police Officer 3 Ricky Sta. Isabel, he heard Dumlao giving instructions about the operation.

Omlang said he got involved because he was invited by Sta. Isabel whom he considered as his friend.

Omlang claimed he was the one seen on a CCTV footage withdrawing from an ATM machine using the account of Jee. He said he also conducted surveillance operations at the Korean’s house.

He is currently under the NBI’s protective custody. He said he received death threats from Dumlao.