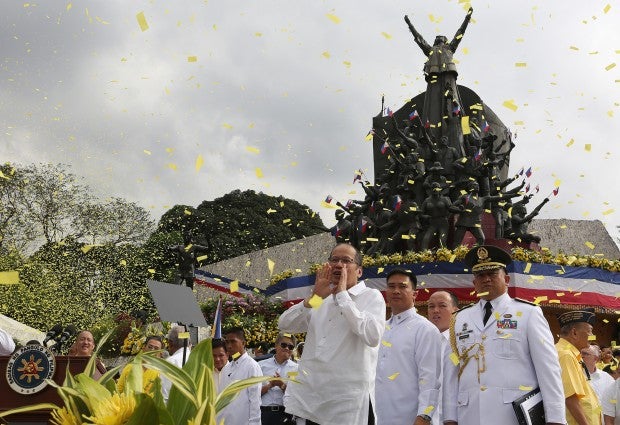 Former President Benigno Aquino III believes the Edsa spirit remains “very much alive” and that people would continue to remember the historic event.

Malacañang is preparing for the 31st anniversary of the 1986 revolt to be a day of reflection.

The theme of this year’s People Power commemoration is “A Day of Reflection: Celebrating People Power,” according to Presidential Communications Secretary Martin Andanar.

Executive Secretary Salvador Medialdea would lead the preparations as he has been named chair of the Edsa People Power Commission (EPPC), said Andanar.

Under Executive Order No. 82 issued in 1999, the EPPC should be chaired by a Cabinet member designated by the President and cochaired by a private sector representative. It should have 25 members with six-year terms.

This year’s commemoration of the 1986 Edsa Revolution would come just three months after the controversial, stealthy burial of the late dictator Ferdinand Marcos at Libingan ng mga Bayani.

Mr. Duterte had allowed Marcos’s burial at the cemetery for heroes, and the Supreme Court upheld his decision.

The move triggered massive protests throughout the country, and especially angered martial law victims and their families who castigated Marcos’ burial as an attempt to rewrite history and whitewash the sins of the late dictator.