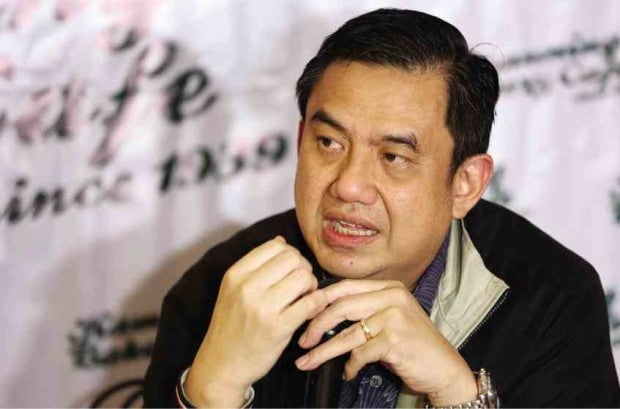 To speed up traffic flow on Edsa, the Metropolitan Manila Development Authority (MMDA) plans to totally ban public utility jeepneys (PUJs) from plying and even crossing the busy thoroughfare starting next week.

MMDA General Manager Tim Orbos said earlier this week that the total ban, which would affect at least 1,000 jeepneys, was not aimed at getting these vehicles off the streets but to regulate them.

According to Orbos, jeepney transport group leaders Zenaida Maranan of the Federation of Jeepney Operators and Drivers Association of the Philippines (Fejodap) and Orlando Marquez of the Liga ng Transportasyon at Opereytor sa Pilipinas have expressed support for the total ban.

Only the two groups were consulted because they have the biggest number of members plying Edsa, Orbos said.

No fines for now

Violators of the ban, however, would not yet be fined as the MMDA has yet to talk to the transport groups regarding penalties.

Orbos told reporters on Tuesday that removing jeepneys from Edsa would make it easier for passenger buses to ply the 23.8-kilometer-long highway, eventually resulting in faster travel for other vehicles.

PUJs on the northbound lane of Edsa-Guadalupe bound for Pateros, L. Guinto in Manila and Gate 3 in Fort Bonifacio, Taguig City.

Although the MMDA did not identify possible alternative  routes for the affected jeepneys, Orbos said they had been talking since last week with Makati Mayor Abigail Binay and Barangay Guadalupe Nuevo chair Jerry Sunga about clearing inner roads of obstructions in that area.

Orange barriers on the northbound lane of Edsa-Guadalupe would also be removed to create an additional lane for passenger buses, he added.

After Edsa-Guadalupe, other areas where PUJs will be regulated include Roxas Boulevard to Pasay Rotonda (Edsa-Taft Avenue) in Pasay City; Magallanes, Makati City; Ayala/McKinley Road in Makati City, and Pioneer, Mandaluyong City.

According to Orbos, passenger jeepneys did not have to cross Edsa to get to their destinations. In the case of Ayala-bound jeepneys whose terminal was on the other side of Edsa on McKinley Road, the terminal would be transferred to Ayala Avenue, he said.

He added that the MMDA would put up barriers from SM Mall of Asia to the Pasay Rotunda and Edsa-Magallanes to create a dedicated lane for jeepneys, making the other lanes for other vehicles “free flowing.”