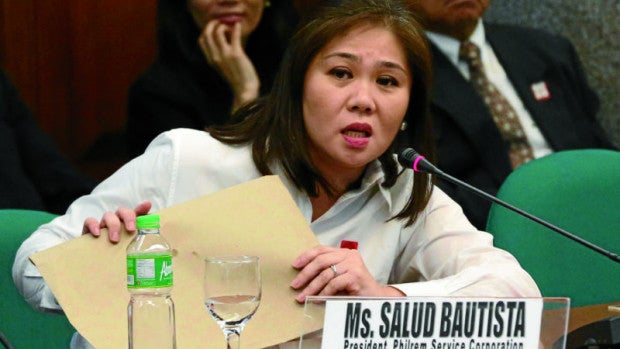 MANILA — The Sandiganbayan Sixth Division has allowed Salud Bautista of the Werfast Documentation Agency, Inc., a co-accused in the firearm license deal anomaly case, to visit her sick uncle in Belgium from February 7 to 19.

Bautista, a co-accused in the graft case against dismissed Philippine National Police Director-General Alan Purisima over an allegedly anomalous firearms license delivery deal, posted a P30,000 travel bond as a guarantee of her compliance with the court’s conditions.

In a two-page minute resolution, the court required Bautista to present herself within five days of her return to the country and show her passport. Misrepresentation in the travel motion would also be punished as contempt, the court warned.

Should Bautista fail to appear for further proceedings, the court would deem her to have waived her presence at the hearings. Non-compliance with the court’s requirements may also result in the issuance of a warrant of arrest.

Bautista, Purisima and 16 others were charged with one count of graft over the PNP’s award of a courier deal to Werfast despite its alleged failure to comply with government regulations and register with the pertinent authorities.

Bautista is also the president of Philrem Service Corp., the remittance firm at the heart of the controversy over the laundering of US$81 million stolen by hackers from the Bangladesh Bank’s reserves.  SFM