Armed man pretending to be cop nabbed in Olongapo 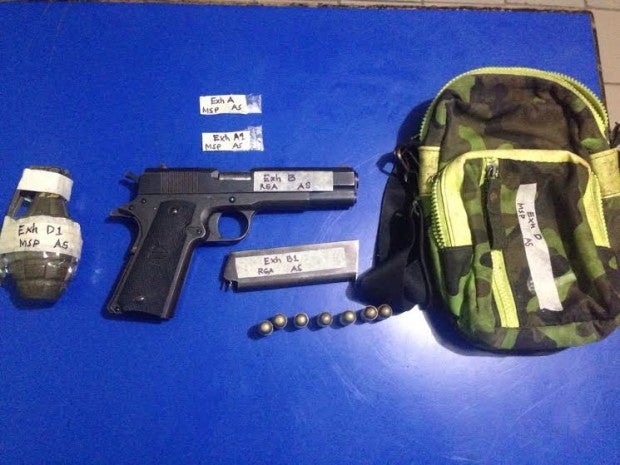 OLONGAPO CITY — A jobless man who claimed to be a police officer was caught carrying a gun, a grenade and illegal drugs here on Wednesday (Feb. 1), according to a belated report.

The police accosted Wilfredo Soria, 40, who was inside a parked car along the national highway in Barangay (village) Barretto, after a concerned citizen reported the presence of a suspicious individual in the area, said Senior Insp. Walter Primero, commander of the Police Station 6 here.

Soria claimed he was a police officer assigned at the Subic Municipal Police Station but was unable to present documents to prove he was a member of the police there.