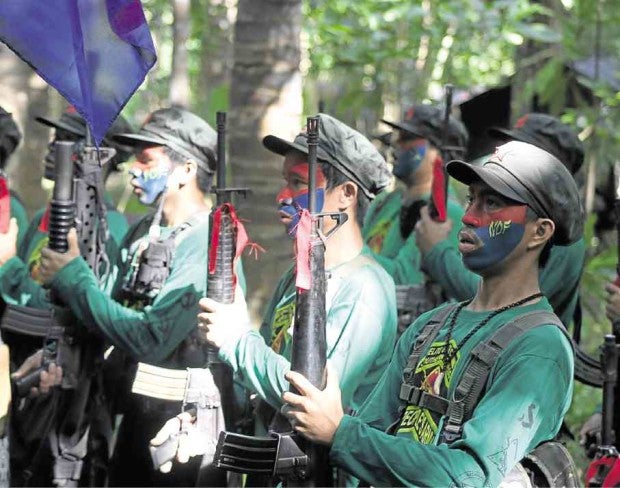 The 5th Infantry Division in Gamu town withheld the names of the soldiers to give the military time to inform their families.

The 502nd Infantry Brigade and the PNP Scene of the Crime Operatives have been investigating the crime scene.

Soldiers from the 86th Infantry Battalion have launched pursuit operations against the attackers.

President Duterte and the National Democratic Front of the Philippines have each imposed a ceasefire on their troops due to an ongoing peace negotiation. The Philippine government and the NDFP panels met recently in Rome for the third round of talks, which included proposals for a joint ceasefire agreement.  SFM

Read Next
Pinoys watched Miss U like a Pacquiao fight
EDITORS' PICK
EDITORIAL: To a bike-friendly future
Pagasa: Warm, sunny Sunday in most parts of PH
Is it safe to talk politics again at family gatherings? ‘The Reconciliation Dinner’ shows us what that’s like
House energy committee chair Arroyo bats for cheap electricity
The Best Tech Gifts For The 2022 Holidays
vivo’s coming to town to grant wishes with more holiday promos
MOST READ
LOOK: Vhong Navarro transferred to BJMP detention facility in Taguig
The Elephant Man in the Senate
Posh village as ‘shabu’ haven
LOOK: Zanjoe Marudo bonds with Ria Atayde, her family
Don't miss out on the latest news and information.