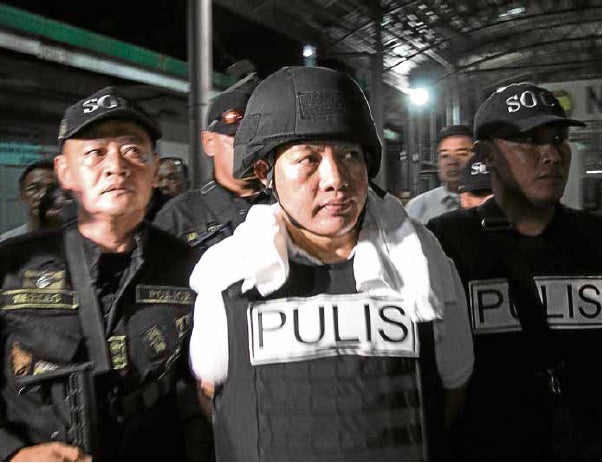 The Pampanga Regional Trial Court Branch 58 has granted the request of a police officer allegedly involved in the killing of a South Korean executive that he be transferred from the Philippine National Police (PNP) main headquarters in Camp Crame to the National Bureau of Investigation (NBI).

Sta. Isabel in his motion said he fears for his safety inside Camp Crame after he tagged ranking police officers in the death of Jee Ick-joo.

“Since accused here is a member of the Philippine National Police, detained at the institution’s detention facility, he fears for his life’s security as the same is in imminent danger as he continuously receives death threats.

“Accused will be safer in the custody of the NBI than with the PNP considering that this case not only involves him but also several high ranking and powerful officials who are still connected with the PNP organization.”

Sta. Isabel, SPO4 Roy Villegas, Ramon Yalung and four others known only by their aliases have been charged with kidnapping for ransom with homicide for the death of Jee.

Jee was taken by the police from his home in Pampanga last Oct. 18 for alleged involvement in illegal drug trade. He was taken to Camp Crame where his head was wrapped in packaging tape and he was strangled to death.

Villegas is currently in the custody of the police while Yalung is already in Angeles City jail. JE/rga