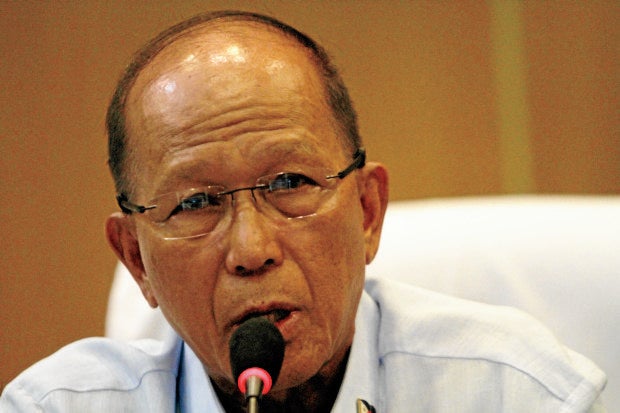 A top leader of an Islamic militant group who is on the United States’ list of “Most Wanted Terrorists” has been wounded in military airstrikes, the Philippine defense minister said Saturday.

Isnilon Hapilon was indicted in Washington for his involvement in the 2001 kidnapping of three Americans in the Philippines, and has a $5-million bounty on his head from the US government.

The 50-year-old militant is a senior leader of the Abu Sayyaf, a notorious kidnap-for-ransom gang based in the southern Philippines, and security analysts say the Islamic State (IS) group has recognized him as its leader in Southeast Asia.

“As of (Friday, Hapilon) is still being carried by four men in a makeshift stretcher moving northeast of Butig,” Lorenzana told AFP.

“Troops are in hot pursuit supported by ground artillery and air support.”

Lorenzana added the military offensive killed four of Hapilon’s companions including an Indonesian he identified as having the alias Mohisen.

The Abu Sayyaf, a loose network of militants formed in the 1990s with seed money from Al-Qaeda, preys on vessels in the waters between Malaysia, Indonesia and the Philippines and has earned millions of dollars from kidnappings-for-ransom.

Hapilon was involved in the kidnapping of three Americans from a resort in the western Philippine island of Palawan in 2001, according to the US.

The militants later beheaded one captive in their stronghold in Basilan island in the strife-torn south while another hostage died in the crossfire with soldiers during a rescue operation in 2002. The third American was freed.

Hapilon has pledged allegiance to IS, which has endorsed him as “amir for Southeast Asia,” according to a 2016 report by the Jakarta-based think-tank Institute for Policy Analysis of Conflict.

“Southeast Asians in Syria have pledged their loyalty to him,” the report said.

Hapilon was based in Basilan but Lorenzana said this week that he had moved to Lanao del Sur province, 300 kilometers (180 miles) east, in a bid to establish an IS presence there.

Lorenzana added Hapilon was “trying to rally” into cooperation the Maute group, another gang which had pledged allegiance to IS.