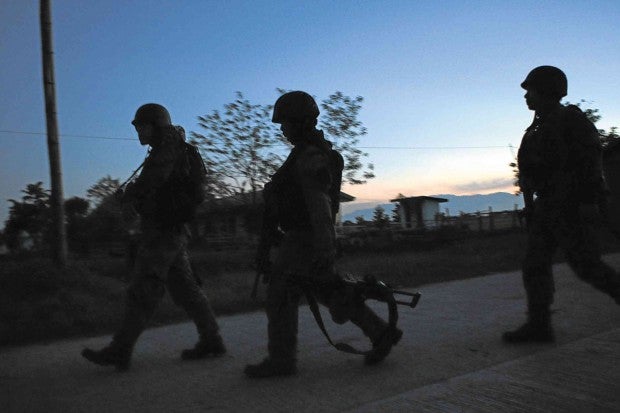 United States indeed had a participation during the Mamasapano operation against Malaysian bomb-maker Zulkifli Bin Hir or “Marwan” that cost lives of 44 Special Action Force (SAF)commandos and more than 20 Moro rebels and civilians.

But the Philippine National Police clarified that the US, through the Federal Bureau of Investigation (FBI), only provided intelligence information to SAF troopers, contrary to President Duterte’s claim that the anti-terrorism mission was a Central Intelligence Agency (CIA)-led operation.

“There was really an assistance provided by the FBI and some American advisors because they were the ones getting intelligence information but they didn’t operate on Philippine soil,” PNP spokesperson Senior Supt. Dionardo Carlos said on Wednesday.

“[It was only] the SAF [that] implemented the mission to capture Marwan,” he said.

President Duterte claimed that the ill-fated operation against Marwan and his henchman Abdul Basit Usman was actually led by the US-based CIA. Duterte hit the administration of former President Aquino and the US government for denying their involvement in the deadly clash.

“Later on, if the commission will find that out that other than FBI, there were CIA operatives there, then let’s allow the commission to do the review,” Carlos said.

Carlos was referring to the truth commission the President will form to investigate the Mamasapano clash and seek answers to many lingering questions surrounding the debacle.

Duterte said he would tap former Supreme Court justices and representatives from the civilian sector as commission members./ac

Read Next
Classes in parts of Manila suspended on Friday
EDITORS' PICK
WHO says monkeypox is not yet a health emergency
Guarding Sara: Why next VP is getting own security team
House energy committee chair Arroyo bats for cheap electricity
A massive highway complex makes living in the South highly attractive
Metro Manila logged most number of new COVID-19 cases — OCTA Research
Beyond the Chocolate Hills: A farm-to-table, heritage culinary adventure of Bohol
MOST READ
Leon Barretto steps up for sisters, asks dad Dennis Padilla: ‘Please stop resorting to public shaming’
LOOK: Rita Daniela pregnant with first child
Bea Alonzo, under lie detector test, says she wants prenup agreement with future husband
Marjorie Barretto to speak up on Dennis Padilla, kids’ relationship ‘in time’
Don't miss out on the latest news and information.