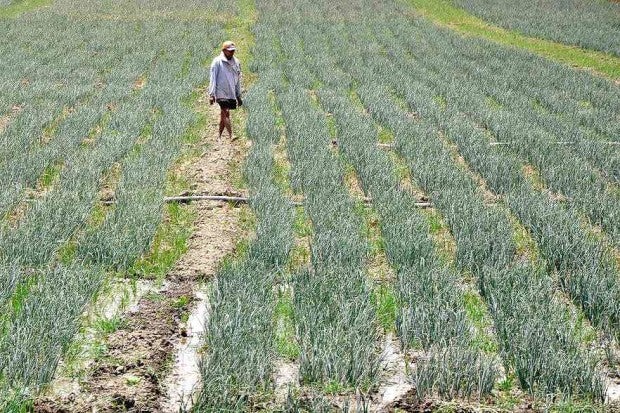 LINGAYEN, PANGASINAN—Farmers in two Pangasinan towns are now waging war against army worms that have invaded their vegetable and onion farms.

The worms have damaged 36 hectares of onion farms in six villages of Alcala and Bayambang towns, according to Nestor Batalla, assistant provincial agriculturist.

About 180 ha have been planted to red and white onions in Alcala this cropping season. Bayambang, which is Ilocos region’s top onion producer, has about 1,500 ha planted to onions.

The worms breed in grassy patches near the farms and attack as farmers begin to plant their crops, Batalla said.

The Department of Agriculture website said army worms produce more eggs during a long dry spell after a rainfall. A female army worm can lay about 800 to 1,000 eggs that could hatch into million worms.

In Bayambang, the worms first raided squash and “kamote” (sweet potato) farms before moving to nearby onion farms, he said.

Some farmers have used insecticides to kill the worms while others manually remove the worms from the plants’ leaves.

“These are army worms and they will keep on attacking. Farmers have to be vigilant to stop the worms from invading their farms,” Batalla said. —GABRIEL CARDINOZA