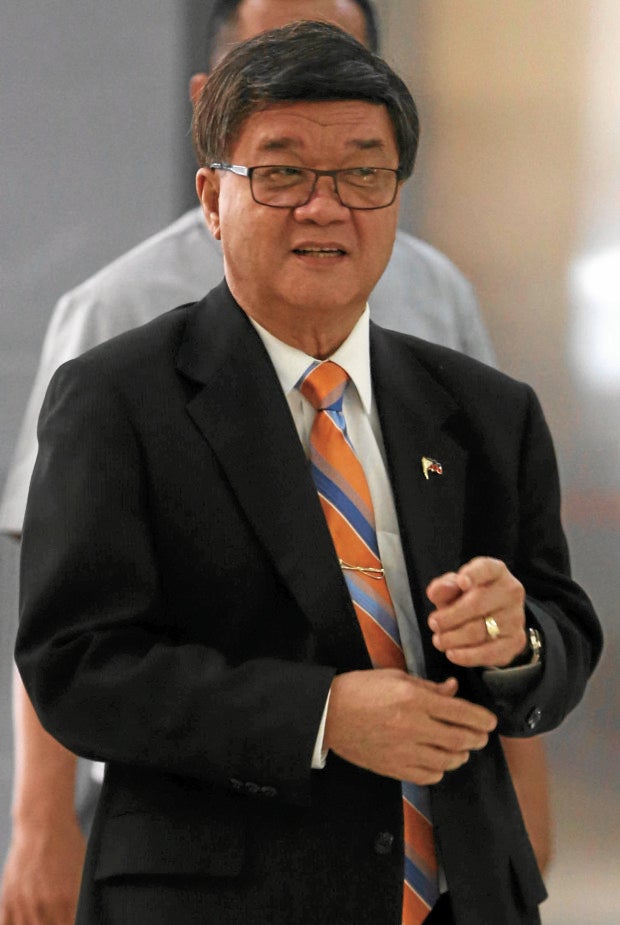 Justice Secretary Vitaliano Aguirre II stood by Philippine National Police (PNP) chief Director General Ronald “Bato” dela Rosa who is  at the receiving end of criticisms after it was confirmed that South Korean businessman Jee Ick Joo was killed inside the PNP’s main headquarters, near his office.

The justice chief believed that there are groups  out to discredit the PNP chief with the ultimate goal of sabotaging President Rodrigo Duterte’s war on drugs.

“The PNP chief is doing everything he can to solve the problems of the police,” Aguirre said, calling Dela Rosa the symbol of Duterte’s anti-drug campaign.

Jee, who was abducted on Oct. 18, 2016, was killed inside Camp Crame, the PNP’s main headquarters.

There are calls for the PNP chiefs resignation but Duterte stood by Dela Rosa, who celebrated with him his birthday. RAM/rga